The outbreak of a coronavirus…

The International Monetary Fund (IMF) is calling on the authorities of Guyana to revamp their tax laws for future oil contracts to protect themselves from unbalanced exploitation after massive Exxon oil discoveries make this venue a hotspot for supermajors.

According to the IMF, the South American country’s deepwater oil contract with Exxon offers “relatively favorable” terms and royalty rates “well below of what is observed internationally”, and newcomers to the venue should get a different deal.

For Guyana—the third poorest country in South America—the deal is of major significance, even if below the international standard, but while existing contracts must be honored, future contracts shouldn’t be so generous, the IMF said in a report obtained by Bloomberg.

The contract was awarded to Exxon in 2016 and since its disclosure in late 2017, it has drawn negative attention to the oil giant. The contract is for the Stabroek area, covering nearly 27,000 square kilometers. It’s similar to 2,000 leases in the U.S. Gulf of Mexico, says Bloomberg. 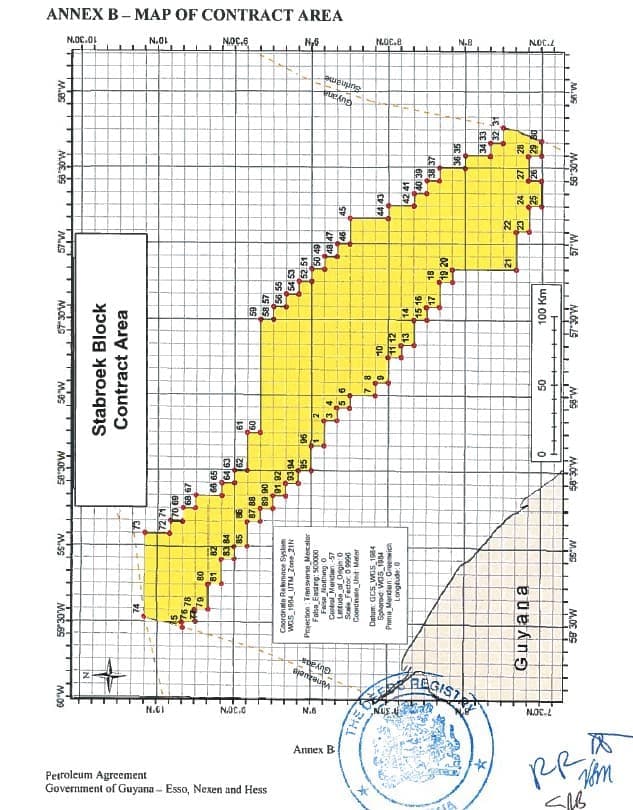 Total recoverable reserves for Exxon in Guyana are up to 3.2 billion barrels of oil with the most recently Turbot discovery, which boosted the original estimate of up to 2.75 billion barrels total in the Stabroek Block.

The IMF is attempting to assist Guyana to improve its legal, fiscal and regulatory frameworks prior the commencement of deepwater oil production slated for 2020, according to Bloomberg. But Guyana has no experience with international oil giants, and the international body feels that it could be taken advantage of.

And for Exxon, give the size Guyana’s oil wealth Stabroek represents one of the key global projects over the next decade.

Exxon maintains that while the Guyana isn’t getting as much out of this deal as the international standard typically allows, that’s because it’s not an established oil are, and “government take is generally lower in frontier plays … as governments need to incentivize companies to undertake high-risk exploration.”

The government of Guyana is expected to make $700 million a year by the late 2020s with Exxon pumping less than 15 percent of the crude it’s discovered so far. Maybe not from the IMF’s perspective, but from where Guyana is sitting, it’s a huge sum that in one year at the peak would equal its entire tax revenue from 2016.

The IMF largely agrees with Exxon, though, despite its advice to Guyana to rethink its tax base and future exploration contracts. The international body understands that when this deal emerged, Guyana wasn’t much of a hotspot for crude and under such conditions “it is not unusual to see more favorable fiscal terms for early investments”.

The point is not to revisit the Exxon oil contract, whose favorable terms were based on the high level of risk in a new venue. The point is to avoid the resource curse trap going forward, now that Exxon has made huge discoveries in this area and more super giant oil companies look to the territory.