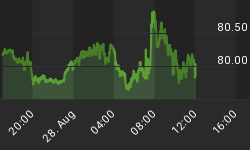 Now that Guyana is the new offshore oil hotspot, the South American country is getting ready to lift the government royalties for new oil contracts, after earlier deals had offered handsome shares for the foreign firms that ventured into Guyana’s waters.

Guyana will have to review all royalties for future oil contracts, Mark Bynoe, director at Guyana’s Department of Energy, told Reuters on Wednesday.

“We expect them to be higher than they currently are,” Bynoe said on the sidelines of an energy conference in London.

The country aims to hold a new licensing round next year and expects the new licenses that will be awarded to be under the new royalty terms, according to the Guyanese official, who said that the new oil royalty regime would not affect existing contracts.

Last year, the International Monetary Fund (IMF) was said to have recommended that Guyana’s authorities raise the royalty rates for future oil contracts.

As far as existing contracts are concerned, Guyana is in the early stages of a probe into how oil exploration rights were awarded for oil blocks that are currently controlled by ExxonMobil and Tullow Oil, Clive Thomas, director of Guyana’s State Assets Recovery Agency, told Bloomberg in an interview in May.

The little known South American country bordering Venezuela ad Brazil has become one of the world’s top hotspots for oil offshore operators in just a few years. Some critics of the way Guyana handled the oil block leases, such as the president’s former energy adviser Jan Mangal, argue that Guyana sold off its oil riches too cheaply. A curious fact was also the timing of a lease for the Kaieteur block to Exxon in the final days of the previous administration in 2015—the awarding of the block took place just nine days before Exxon announced its first (of now more than a dozen) discoveries offshore Guyana.

In May 2019, Exxon gave the green light to the development of Liza Phase 2 offshore Guyana after it received government and regulatory approvals. Phase 2 is expected to begin producing up to 220,000 bpd in mid-2022, while Phase 1 is on schedule for first oil by the first quarter of 2020, with up to 120,000 bpd of production.