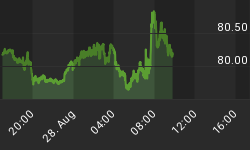 In the fourth (and last) episode of our overview of the US crude export boom, we will now look at the United States’ waning energy relationship with the Middle East. The US shale boom is at the core of US refiners relinquishing Middle Eastern crudes, despite the latter being generally heavier and sourer – the distance renders purchases of Saudi or Iraqi crudes economically questionable, hence the bulk of heavy barrels American refiners need come from Canada and Mexico, forcing traditional supply partners to seek their luck elsewhere. Middle Eastern producers might not be worse off from this – following President Trump’s sanction crusade against Iran, regional peers have hurried to fill in the gaps in Chinese and Indian supply needs.

Let’s look at the statistics first. For most of the 2010s, the United States imported some 1.4-1.6mbpd of Middle Eastern crudes – primarily from Saudi Arabia but also from Iraq and Kuwait. Despite the President Obama-era rapprochement between the US and Iran, US refiners did not buy a single cargo of Iranian crude – in fact, the last year when Iranian volumes reached the United States was 1992 (before the Islamic revolution Iranian exports to the USGC were substantial, averaging 380kbpd throughout the 1970s). In less than 3 years, Middle Eastern exports to the United States halved, averaging 0.8mbpd so far this year and sliding further down every consecutive month of 2019.