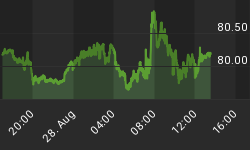 A moment of monumental importance for U.S.-Iran relations took place early last week when a high-level exchange of prisoners took place in Switzerland. OilPrice.com can exclusively reveal that during the exchange the U.S., for the first time, made it clear that it would resume negotiations with Iran on the removal of sanctions “with no preconditions.” Iran made it equally clear that it saw the prisoner exchange as the road to re-engaging in the Joint Comprehensive Plan of Action (JCPOA) nuclear deal, without the removal of sanctions by the U.S. being required beforehand. “This is the beginning of the end of this extremely dangerous global stand-off between the U.S. and Iran,” a senior oil and gas industry source who works closely with Iran’s Petroleum Ministry exclusively told OilPrice.com last week.

Where we are now in U.S.-Iran relations is a product of two key factors that have occurred in just over the past six months. The first of these was the absolute absence of any support for any meaningful U.S. retaliation against Iran for either the downing of the U.S. surveillance drone in June, or the attacks on Saudi Arabia’s Khurais oil field and the Abqaiq refinery in September. In the case of the former, military retaliation was halted at the last moment, and subsequently John Bolton – the most insistent proponent of military action against Iran over the years – was fired as National Security Adviser. In the case of the latter, various high-level officials from the U.S. State Department repeatedly tried to persuade U.S. allies in NATO and other supposedly sympathetic states in the Middle East to take part in a joint naval task force to patrol the Strait of Hormuz, but to no avail.

This was followed by the decision from the U.S. to effectively disengage from the rolling conflicts in Syria, even if it involved leaving its former allies in the fight against Islamic State, the Kurds, at the mercy of their longstanding mortal enemy, Turkey. Given the twin realisation that the U.S. was no longer willing to and/or could not meaningfully safeguard them and that Iran had everything to gain from further attacks on oil and gas targets in the region, Middle Eastern countries have been looking to row back on any hostility against Iran. Even the Saudi-led coalition that has been fighting the Iranian-backed Houthi rebels in Yemen since 2015 have begun releasing jailed Houthis in an attempt to bring some resolution to the conflict. Moreover, the U.S. appears to have realised that any change in regime in Iran will – far from getting rid of the Islamic Revolutionary Guards Corps (IRGC), which was always the U.S. endgame – in reality only strengthen its hold over Iran. Related: Oil Jumps As U.S. Offers To Cut Tariffs By 50%

In addition, from the U.S. side, there is the realisation that, without the option to have an enduring (and costly in blood and money terms) military presence in multiple countries across the Middle East, it needs to have Iran on side to protect its political and energy interests there. “Wherever the U.S. withdraws, China increases its presence, with Russia close alongside, and the U.S. is finding itself marginalised not just in Syria but also in Iraq and further East in Afghanistan by China and/or Russia, as these places are central to China’s ‘One Belt, One Road’ project and to Russia’s attempts to isolate the U.S. internationally,” the Iran source told OilPrice.com. “The U.S. is looking at being left with just Saudi, which is not the force that it once was either in political or energy terms and a country that is deeply unpopular amongst many segments of the U.S., including in both Houses [Senate and Representatives],” he added. “Iran, on the other hand, with Rouhani, is relatively moderate and has enormous influence across the entire Shia crescent of power [Iran, Iraq, Yemen, Lebanon, Jordan, Syria] and into Pakistan and Afghanistan,” he underlined.

This ties in to the second game-changing reason that portends an end to sanctions and a resumption of the nuclear deal. Ever since the relatively moderate Hassan Rouhani was first elected President in 2013 and began rolling out his agenda to engage more fully with the West, the IRGC has been for the most part fighting a rearguard action, looking to safeguard its own political and financial interests, as analysed in further depth in my new book on the oil market. Just before Iran was due to formalise a number of further major oil and gas deals with flagship Western companies at the beginning of last year, which was seen as an existential threat by the IRGC to its power, the Guards launched a vast array of escalating military showcases designed to force the U.S. to leave the JCPOA and fracture the P5+1 coalition (U.S., U.K., France, Russia, China, plus Germany). This tactic was broadened out recently in the ramping up of pressure against moderate Petroleum Minister, Bijan Zanganeh. Crucially, though, the IRGC-inspired moves to align Iran more closely with China and Russia have proven deeply unpopular amongst both moderate politicians and the majority of the broadly youthful, well-educated population of Iran itself. Related: Permian Drillers Are Struggling To Keep Output Flat

In addition, although Iran is continuing to circumvent U.S. sanctions to a degree, with 0.5-1.0 million barrels per day (bpd) of oil still making its way to China alone, the facts on the ground are that the general economic situation is much worse than Iran is letting on, even worse than the latest budget intimates. In his announcement last week of the official US$115 billion state budget for the coming year, Rouhani stated that it: “Is still based on the U.S. maximum pressure and continuation of the U.S. sanctions.” The budget assumes 500,000 bpd of oil and condensate exports generating about US$10 billion while, according to independent figures, U.S. sanctions against Iran since November 2018 reduced the country’s oil exports to 2.15 million bpd last month, its lowest since April 1988. The IMF released its own projection in October that pointed to a ‘steep recession’, with GDP set to decrease by 9.5% this year. Anecdotally, as well, the Iran source told OilPrice.com last week: “The currency, in street terms, is falling all the time, regardless of the official rate, different staples run short and shoot up in price every week, and manufacturers are searching their factories for usable materials as stocks have nearly run out.”

From both perspectives, then, an agreement makes sense and the prisoner exchange “marks an extremely important signal that we on the road to a lasting and workable resolution,” said the Iran source. As important as the exchange – Iran released Princeton PhD student Xiyue Wang (accused of spying), detained since 2016, and the U.S. dropped (spying) charges against Iranian scientist Massoud Soleimani, who was arrested in the US in 2018 – was the rhetoric (and absence of rhetoric in interesting places) involved. At the time of the exchange, U.S. President Donald Trump Tweeted: “Thank you to Iran on a very fair negotiation,...See, we can make a deal together!” Behind the scenes, U.S. officials highlighted that Trump is willing to meet with Iran “without preconditions” and added that the administration was “hopeful [that the release of Wang] is a sign that the Iranians may be willing to come to the table to discuss all these issues.” Iran, in the meantime, signalled that it is willing to engage in more prisoner swaps and, crucially, according to the Iran source: “That it does not necessarily expect all sanctions to be removed before sitting down for negotiations with the Washington team.” Central to this thawing on the Iranian side was also the fact that during the recent protests across Iran: “The U.S. did not unduly encourage the protesters or condemn the Iranian leadership, as might usually be expected.”