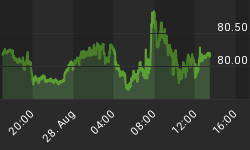 As China imported its highest-ever…

Iran’s long-standing, extremely able, and highly respected – at home and abroad – Petroleum Minister, Bijan Zanganeh, is now facing impeachment and subsequent removal from office. Nine charges form the basis of these proceedings, with the key one in focus currently being the huge rise in gasoline prices that were a catalyst for protests across the country in recent days. Zanganeh has faced impeachment before but this time may be different, as, according to highly placed Iranian sources in Tehran and London spoken to by OilPrice.com, he has put himself in direct opposition to the political and economic might of the Islamic Revolutionary Guard Corps (IRGC).

Zanganeh is packed with irony. It was Zanganeh who was a key shaper of Iran’s long-running ‘resistance economy’ model, the concept of generating value-added returns by leveraging intellectual capital into business development wherever possible whilst also ensuring self-sufficiency for key resources. Perhaps the most important of these was gasoline, as one of the most galling aspects of the pre-2015 international sanctions environment against Iran was that such a massive oil and gas power as Iran should have to beg other countries for sufficient gasoline to run its cars and other vehicles.

Zanganeh, then, had made the build-out of Iran’s gasoline capacity an absolute priority, personally intervening in the construction programme for the flagship gasoline-oriented Persian Gulf Star Refinery (PGSR), and other similar facilities to ensure their rapid completion. The original plan for the PGSR involved a three-phase development, each designed to produce 12 million litres per day (ml/d) of Euro 5 gasoline, plus 4.5 ml/d of Euro 4 standard diesel, 1 ml/d of kerosene and 300,000 litres per day of liquefied petroleum gas (LPG). To achieve these targets, the project’s developers were given a €260 million additional loan from the National Development Fund of Iran – prompted by Zanganeh himself - as part of the estimated total cost for the three stages of approximately US$3.4 billion. Phase 1 was officially inaugurated only in April 2017, with the first shipment of gasoline delivered for distribution just one month later in June, and Phase 2 began producing Euro 5 standard gasoline shortly after its own official launch in February 2018, running at full capacity by the end of June that year. Phase 3 saw its official inauguration just a few months ago, although it has been basically operational for a few months prior to that. Related: Will OPEC Really Risk An Oil Price Crash?

Continually pushed personally by Zanganeh, the PGSR is now being supplied with around 450,000 barrels per day (bpd) of gas condensate feedstock from the South Pars gas field rather than the 360,000 bpd original target for the three official phases. This has allowed Iran to add a new Phase 4, with a 540,000 bpd target to the original design.

Given the indigenisation of foreign technology and products in its other gasoline-producing facilities as well – that Zanganeh ensured were part of the standard contracts signed by all participating foreign firms - Iran has in recent months been perfectly able to meet its own domestic demand for gasoline. According to a range of sources, the 10 refineries across the country are currently supplying at least 110 million litres per day (ml/d) of gasoline, up from an average of around 80 ml/d in the previous Iranian calendar year (running 21 March 2018 to 20 March 2019). On the other side of the supply/demand equation, domestic gasoline demand in the last Iranian calendar year was around 80 ml/d, and for this Iranian calendar year that began in March, it has been running at around 86 ml/d, leaving a surplus of at least 24 ml/d.

“The problem came because the IRGC told Zanganeh that he needed to bring forward the plan to export gasoline to generate revenues in amounts much greater than had been agreed in the schedule and way before the timing that had been agreed,” a senior oil and gas industry source a works very closely with Iran’s Petroleum Ministry told OilPrice.com. This post U.S. sanction plan had been carefully worked out by Zanganeh and his close advisors and would have provided a consistent slight surplus for domestic demand over and above the eight per cent increase every year in demand that had been generously built in to the Petroleum Ministry’s demand/supply calculations profile curve.

“The original target before the U.S. re-imposed sanction s last year was that within two and a half years from the final completion date of the PGSR, Iran would be meeting at least 10% of all of Southern Europe’s gasoline and diesel needs, as it would be the top producer of gasoline in the Middle East by that point,” said the Iran source. “Once the U.S. had withdrawn from the JCPOA [Joint Comprehensive Plan of Action] and put sanctions back in place then this timeline was changed to a empirical supply figure that took the lowest amount of gasoline being produced on average across all facilities together, added 10 million litres per day as an additional safety buffer, and the remaining number could be exported,” he added. “The IRGC, though, told the Petroleum Ministry that they would ignore all of that and export everything they could, based on demand figures that were out of date, hence the discrepancy, hence the price hikes, hence the protests” he underlined.

This then is the real reason that allowed the Iranian parliament’s energy committee to demand answers over the government’s decision to raise gasoline prices by at least 50% last week, prompting the protects, and the subsequent move to impeach Zanganeh himself. In the original impeachment document there were 72 signatures, OilPrice.com understands, with only 10 actually required under Iranian law to trigger a formal impeachment session. From this point, Zanganeh is due in front of the energy committee again on 8 December and, if it is not satisfied with what he has to say, then the committee is almost certain to advance the impeachment motion to the entire 290-member parliament, where a simple majority vote of MPs present would be sufficient to remove him from office. The sting in the tail is that not only will he have to answer for the gasoline price hikes but also eight other charges, including the types of highly advantageous contracts that have recently been offered to foreign companies – Chinese and Russian, in fact – that have been exclusively revealed in depth in my previous articles. Related: India Could See Real Growth In Oil Demand Next Year

In this context, though, not only were the gasoline price rises the result of too much gasoline being exported too soon, which was on the orders of the IRGC, but the exceptionally favourable contract terms offered to Chinese and Russian firms were also a consequence of IRGC actions that left Iran with few options to make money and avoid complete economic collapse. As highlighted in my new book on the oil markets, before the U.S. unilaterally withdrew from the JCPOA last May, the U.S. had been warning Iran for some time that it should not – under any circumstances at all – launch any more ballistic missile tests or put its missiles capability in the limelight. The U.S. fear was that such tests might well prompt Israel into taking massive pre-emptive action against Iran – given the capability of these missiles to carry nuclear warheads - which might then draw Russia (which was very aggressively in Syria at the time, and also in Iran) into a broader regional conflict that could then escalate fast into something much worse.

“The real turning point in relations between the IRGC and Zanganeh, though, came in recent weeks, when Zanganeh proposed that the IRGC by the end of the year [current Iranian calendar year that ends on 20 March 2020] is firstly assimilated into the Iranian regular army, which would mean losing all of its special operational powers, and secondly gives up all of its business interests, which would mean losing all its money, and that was it for Zanganeh,” he added. “Whether he goes now or later he is on his way out, unless he changes tack and goes along with what the IRGC wants him to do,” he concluded.