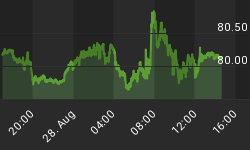 The two U.S. oil supermajors—ExxonMobil and Chevron—have gone through a rough patch over the past three years with the oil price crash that battered company earnings and energy stocks and indexes.

Despite expectations that the relatively steady increase in the price of oil from Q4 2017 onwards would help integrated oil groups to lift their earnings, the two U.S. majors reported 2017 financials that analysts described as underwhelming, especially compared to the profit and cash flow growth of their European peers.

The two U.S. firms differed not only from the other majors—they also differ in how they weathered the headwinds of the oil price slump and how they plan to grow from this point forward.

Exxon cushioned the blow with a stronger and broader downstream business, which typically saves the integrated oil groups when the upstream division suffers from the low oil prices. This is the reason why Exxon fared better than Chevron at the peak of the oil price rout and still reported earnings for 2016. That same year, Chevron booked its first annual loss since at least 1980 due to the low oil and gas prices.

At the same time, however, Chevron’s stock has outperformed both Exxon and the industry over the past three years, according to an analysis by Zacks Equity Research. Since April 10, 2015, Chevron’s shares have gained 7.3 percent, compared to a 12.5-percent drop of Exxon’s stock and a 3.4-percent fall of the integrated oil and gas industry.

Chevron has performed much better than Exxon on the market, but it still lags Exxon in terms of dividend yield. Exxon’s dividend yield is 4.1 percent, while Chevron’s is 3.9 percent. Both yields far outstrip the S&P 500 dividend yield of 1.91 percent.

Exxon and Chevron are dividend aristocrats—both have raised their dividends every year for more than 25 years in a row, and that growing dividend continues to be the top priority of both management teams. Related: Russia Wants To Drop Dollar For Oil Payments

In terms of free cash flow—a closely watched metric for the oil firms—Chevron reported for 2017 a positive free cash flow for the first time in four years, generating US$20.5 billion in cash flow from operations—more than enough to cover its capital spending.

Exxon, on the other hand, managed to keep cash flows positive even in 2016, Zacks said.

Both companies have strong balance sheets that allow for more room to further raise dividends, the analysts said, noting that both stocks are dividend investor-friendly.

The oil price plunge affected the upstream businesses of both supermajors, but the stronger downstream presence helped Exxon to still post earnings and positive free cash flow in 2016, unlike Chevron, Zacks says.

Exxon and Chevron fared very differently during and after the downturn, and both recently outlined their respective strategies for the medium to long term¬—the strategies differ greatly.

Exxon bets on aggressive investment and growth to double earnings and cash flow by 2025, while Chevron continues to stick to capital discipline, cost cuts, and portfolio high-grading.

With its plan through 2025, Exxon is straying from the Big Oil pack, all of which still consider capital discipline as a top priority, alongside shareholder returns. Related: How Millions Of Electric Cars Could Power Your Home

Chevron’s strategy of capex discipline is closer to that of the other supermajors, some of which already announced they would start buying back shares. Chevron hinted at this as chairman and CEO Michael K. Wirth said, “As we generate surplus cash, we would expect to be in a position to resume our share repurchase program.”

Exxon has not made such hints.

As oil prices started to increase last year, analysts predicted that the energy stocks as a whole could finally see some sustained gains this year. So far into 2018, they have not seen a reprieve, suffering in Q1 their worst quarter in three years, with energy stocks in the S&P 500 down 6.6 percent in Q1, following a 3.8-percent drop in 2017. Still, according to The Wall Street Journal, some investors now think that bargains could be found among the energy shares after the dismal first quarter.