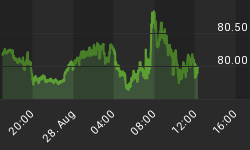 Saudi state oil giant Aramco remained the second most valuable brand in the oil and gas industry last year, with a value of $35.7 billion, according to Brand Finance. This compares with $46.77 billion a year earlier, Argaam reported.

The list of the most valuable oil and gas brands last year was topped by Anglo-Dutch supermajor Shell, with a value of $42.16 billion. After Aramco came two Chinese giants, PetroChina and Sinopec, valued at $31.42 billion and $26.40 billion, respectively. The top five was completed by BP, which was last year worth $21.37 billion. Exxon, once the most valuable oil company in the world, came in eighth, with a value of $13.43 billion.

Oil and gas companies were among the worst hit by the pandemic, with their stocks getting battered by the combination of excess supply and a demand slump that turned out to be both deeper and longer-lasting than many expected.

This spurred the supermajors into renewable action, which was harder for companies such as Aramco, which have for decades been entirely focused on crude oil production and processing.

The Saudi major, which went public less than two years ago, was recently said to be considering a secondary stock offering under the right market conditions. This was part of plans for the Saudi sovereign wealth fund to boost its assets under management to over $1 trillion.

When market conditions will be right would be hard to say, especially in light of the difficulties Aramco encountered during the initial public offering: despite the massive promotion, the IPO met with tepid demand and the shares ended up listed only on the Saudi stock exchange.

What’s more, with the rise in popularity of ESG investing, interest in more Aramco shares could be even weaker than it was for the IPO, despite the company’s firm commitment to dividend payments, whatever its actual financial performance.