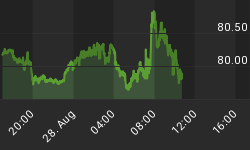 All Eyes Are Off Venezuela

The drone attacks on Saudi Arabia’s Abqaiq processing plant and Khurais oil field have upended the lethargic stupor that held sway as we have been coming out of the summer season. Saudi Arabia blames Iran for the attacks, the United States is torn between expressions of solidarity and an unwillingness to participate in another Middle Eastern crusade, the European Union is asking for maximum restraint – the imbroglio is as complicated as one can get. Yet some parts of the Trump Administration (dealing with Latin America) might actually be rather relieved to see the Saudi-Iranian flareup in the Middle East, for it sidetracks public attention from the issue of Venezuela. The people of Venezuela are confronted with a unique choice – they can pick between bad, bad and worst.

Paramilitaries play a large role in the brusque stance taken up by the Colombian authorities vis-à-vis Nicolás Maduro. In the last days of August, several former leaders of the Marxist guerilla movement FARC have called to arms to resist the Colombian government which allegedly does not comply with the 2016 Peace Agreements. Colombian President Iván Duque claimed that Venezuela shelters runaway FARC members, among others it was in Venezuela that Iván Márquez, formerly the top FARC negotiator who played a major role in the Santos-led talks, announced his return to arms. Colombian dignitaries claiming that FARC is hiding in Venezuela is nothing new, yet…