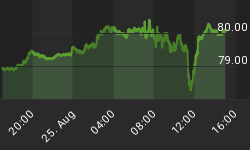 Back in 2010, imports accounted for just 15 percent of China’s natural gas supply. By 2018, the share of imports in the country’s gas supply surged to nearly half—45 percent—of total supply. As consumption has been vastly outpacing domestic natural gas production, China has been looking in the past two years to raise its own production. Even at a slower pace, China’s natural gas demand continues to grow and will continue to grow in the foreseeable future.

Aiming to boost domestic production, China’s government introduced earlier this year new incentives for gas production from tight formations and rolled over existing subsidies for production from shale and coalbed methane until 2023.

Beijing also removed in the summer the joint venture requirement for foreign firms willing to explore and produce oil and gas in China. The Chinese oil and gas sector is now officially open for foreign participation without a requirement to form joint ventures with local companies, but while Chinese media quote oil majors as praising the move, experts say that China needs additional regulatory reforms in order to attract foreign investment.