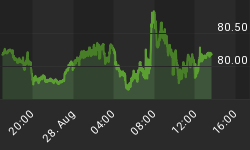 Oil prices shot up on Friday after the stubborn holdout Iran agreed to have OPEC reduce oil production by a total of 800,000 bpd, while non-OPEC nations, led by Russia, are reportedly adding another 400,000 bpd of cuts, for a total of 1.2 million bpd OPEC+ production cut.

Iran was the last holdout in the talks within OPEC, which dragged on from Thursday after members failed to agree on the size of a cut and who would be exempt.

As talks resumed on Friday, Iran continued to refuse to accept wording that it would ‘cut’ and insisted on ‘exemption’, remaining the only sticking point in the OPEC negotiations, while the deal broker, Russia’s Energy Minister Alexander Novak, flew in from Moscow for the non-OPEC part meeting, and sat down for separate talks with each of oil ministers of Iran and Saudi Arabia, Bijan Zangeneh and Khalid al-Falih, respectively.

As the talks began on Friday, reports emerged that Russia may be ready to cut its oil production by 200,000 bpd as part of a deal with OPEC to reduce oil supply—a higher commitment than 150,000 bpd previously aired. Related: U.S. Becomes Net Oil Exporter For First Time In 75 Years

Shortly before the meeting between OPEC and the non-OPEC partners, various OPEC ministers and delegates started to talk to reporters, saying that there is a principle agreement for an 800,000 bpd cut within OPEC from October levels, with Iran, Libya, and Venezuela given ‘special considerations’. According to delegates, OPEC will not be providing who is cutting how much, and sources say that the deal is for a total of 3-percent cut.

Early reports also say that the agreement is for six months, but will be reviewed again in April 2019.

OPEC and non-OPEC are now meeting behind closed doors, and the UAE’s Energy Minister Suhail Al Mazroui said in an open session before the meeting that he hopes the OPEC and non-OPEC cooperation will continue “for years to come.”