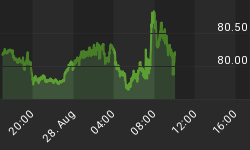 In a world-first, French Total is set to deploy groundbreaking autonomous robots to a North Sea oil platform to test the machines in operational inspections at the facility. The 18-month trial project is a continuation of Total’s ARGOS challenge, which an Austro-German team of engineers won last year.

The challenge—Autonomous Robots for Gas and Oil Sites (ARGOS)—aimed to tap the potential of robotics in enhancing the safety on offshore oil platforms, improving productivity, and lowering costs. The challenge was launched in 2015, and the winner was selected based on security and reliability features, an explosion-proof design, and ease of use.

The one-of-a-kind robot, known as the ARGONAUTS robot, that will now be deployed on the Alwyn platform is a little over a meter high and weighs almost 200 pounds. It can localize objects with a precision of one centimeter and it features a 3D simulator that ensures the safe remote operation of the machine by a human.

Yet the robots won’t have to be manned at all times. They will be used autonomously to inspect Total’s onshore Shetland Gas Plant as well as various parts of the Alwyn platform. The robots can read various metrics such as dials and level gauges, and they can measure things like temperature and gas concentration. They can locate and navigate around obstacles, move through narrow pathways, and up and down stairs. Related: Wall Street’s Favorite Shale Stocks

Total has plans to deploy an array of robots to all its industrial sites by 2020. Before that, the ARGOS project will focus on improving the current robots, designing two more versions that should be even easier to operate and more reliable.

Total is not alone in its ambition to replace humans with robots for some tasks that are regularly performed on offshore rigs. Automation is a big part of the oil industry’s push into the digital era, seen as a means of further reducing costs and improving safety—a top concern on offshore oil platforms. This push will certainly lead to a change in the job landscape in the industry, though this change might not only be limited to job losses in favor of robots.