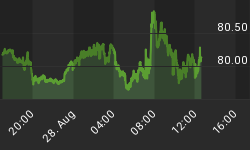 US drillers added 11-rigs to the number of oil and gas rigs this week, according to Baker Hughes, adding 9 active oil rigs and 1 active gas rig, with an addition of 1 miscellaneous rig.

Meanwhile, neighboring Canada lost 7 rigs for the week, after shedding hundreds rigs (seasonal effects) in the last couple of months.

Both the Brent and WTI benchmark were trading up on the day earlier on Friday, supported by the Iran nuclear sanctions issue that is set to come to a head on May 12, and falling production in Venezuela that is expected to continue as the country slips further into disarray.

U.S. President Donald Trump has one more to decide the fate of the sanctions against Iran, although it is largely expected that he will refuse to waive the sanctions—a theory that has in itself supported the price of oil this last month, with Brent briefly breaching beyond $75 to its highest price level since November 2014. Prices are expected to be volatile as we move closer to the deadline for the decision.

For Venezuela’s part, while production is not expected to reclaim its previous levels, the presidential election in Venezuela scheduled for May 20 is yet another May decision that will impact already volatile prices. Related: Canada Oil Revenues Fall Despite Production Growth