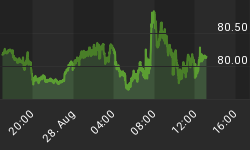 Work has started on the construction of the world’s largest plasma gasification plant with its development signalling the dawning of a new era in the UK’s Energy from Waste sector.

The 50MW, Combined Heat and Power (CHP) plant will convert domestic and commercial waste into a syngas, which can generate steam for electricity, or for producing chemicals or liquid fuels.

The current technology deployed by the UK’s limited number of EfW plants is mass burn incineration which turns the waste into steam to power turbines. Emissions from these plants have led to concerns over the environment and health.

Air Products has subsequently unveiled plans for a second plasma gasification EfW plant, next to the first one, and the two plants between them have the potential to recycle the rubbish from over one million households. – powering 50,000 homes.

But, as things stand the UK lags well behind the rest of the Europe in the EfW sector. One reason for this is that it has always sent more waste to landfill than on the Continent.

Around two-thirds of the UK’s domestic waste is currently sent to landfill but this is set to change markedly over the coming years.

Waste companies are increasingly anxious keen to divert household and commercial rubbish from landfill with landfill taxes currently at £72 a tonne and rising to £80 a tonne in 2014, and penalties for failing to hit recycling targets of £150 a tonne.

In a bid to give the sector a shot in the arm the UK Government announced last October it would subsidise CHP EfW plants at the same ratio as offshore wind - the highest available - through the ROC (Renewable Obligation Certificate) scheme.

It was this announcement that prompted Air Products to confirm its intention to build its Teesside plant.

Half the world’s food thrown out

It’s an abundant commodity. Recent research shows that as much as half of all the food produced in the world is thrown away.

It also diverts waste from landfill and the new generation of plants emit around the same levels of carbon dioxide as low-emission solar.

The added benefits for the plant operators in the UK are that they are paid to make the power and they’re also paid to take the waste.

But waste is a poor commodity from which to generate power, possessing a relatively low calorific value.

The 100MWs generated by the two Air Products plants is less than one-tenth of the 1,875MWs generated by Teesside Power’s nearby gas power station at Wilton - equating to 4% of UK’s total power output.

Consequently, Air Products is cute enough to hedge its bets.

Lisa Jordan, business manager, bio energy, at Air Products said: “The economics of offshore wind are marginal at the existing subsidy level and for ourselves too, the challenge is to fully commercialise what we do and make the economics work for us.”

She continued: “Our history of working with oxygen and gases will allow us to deploy our own clean-up technology at the back-end of the gasification process.

“This allows us some flexibility in what we can do with the recycled waste.

“If the market for fuel-class hydrogen develops we can change the back end and increase our production of hydrogen.

“We have the ability to deliver different treatments to the syngas, which can create different end products.”

The syngas produced by the Air Products plasma gasification plant is composed mainly of carbon monoxide and hydrogen, with smaller quantities of carbon dioxide and nitrogen.

The carbon dioxide emissions are around 52g/kWh, which is far lower than coal, at around 850g/kWh, and gas, at around 350g/kWh, according to figures from the World Nuclear Association.

Optimists suggest that when the sector matures EfW can contribute up to 8% of the UK’s 100GW power needs.

But Ben Messenger, of Waste Management World says: “It’s difficult to get planning permission for waste to energy plants. They’re not liked by those living nearby.”

“This is a fairly large scale industrial process and we were looking for somewhere with an industrial feel.

“We were looking around the UK for brownfield sites, with the appropriate support infrastructure and access to the grid.

“Teesside is a unique bubble. It has a long chemical heritage and this will look more like a refinery, like a chemical plant. There is also a need for jobs and investment in the area.

“There is nowhere like it in the rest of the UK.”:

Ms Jordan added: “The UK is seeking more sustainable ways to manage and dispose of its waste, and is looking to diversify its sources of electricity generation- our technology is able to deliver on both counts,

“It certainly has to be part of the mix as more waste is diverted from landfill.”

“Waste is an habitual energy platform. It cannot fill the whole gap, but it is a renewable energy source which can operate as a base load option.”

Looking to the future Air Products say it has plans for more plasma gasification plants in the UK.

“The UK now has, as we see it, a very stable regulatory environment to enable us to make those future investments,” she added.

Elsewhere in the UK Swindon company Advanced Plasma Power has secured planning permission for a number of plants.

A spokesman for the Department of Energy and Climate Change (DECC) said: “When Air Products’ plant is built, at 50MW, it will be the largest gasification plant operating in the UK.

“As one of the leaders in their field they intend to use plasma technology.  The plasma technology means that the syngas is clean enough for a range of potential applications, not just power but potentially could be used for making transport fuels, hydrogen or bio-methane in the future.

“This direction of travel is consistent with the aims set out under the UK Bioenergy Strategy. DECC is highly supportive of gasification projects of this type.”

*Peter McCusker is a freelance energy writer, based in the North East.

Energy from waste is expensive

A recent study by engineering consultancy Arup for the DECC showed capital expenditure (capex) of between £3,561 per kW to £6,446 per kW for some EfW Combined Heat & Power (CHP) plants.

This is three to four times as expensive as operating costs for dedicated biomass plants at £4/MWh to £8/MWh.

Ben Hall, a senior renewables analyst at London-based Cornwall Energy , said:  “It is also worth noting EfW CHP is an infant technology in the UK and is currently underdeveloped compared to other EU countries, such as Germany, France, Denmark.”

Last October the UK Government confirmed that EfW plants would be awarded two Renewable Obligation Certificates for every MW/h of energy they produce.

With a ROC being currently valued at £40.71 the Air Products plant will receive subsidies of £81.42 for every MW of energy produced.

By 2017 the ROC rate will fall to 1.8 and after that new energy subsidies will come into place under the Contracts for Difference scheme.

The Air Products plant at Billingham will operate by heating non-recyclable waste (domestic and commercial) in a process known as plasma gasification.

A gasification plant heats the waste in the presence of a controlled amount of oxygen, but without combustion.

The main product of gasification is syngas, which is composed mainly of carbon monoxide and hydrogen, with smaller quantities of carbon dioxide and nitrogen.

The syngas can generate steam for electricity, or can be for producing chemicals or liquid fuels, such as hydrogen.

The residual waste from the process is a solid, vitrified gassy slag - like black glass - and can be used in the construction industry for building roads.