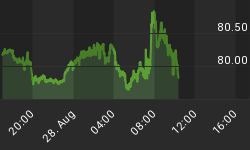 China appears to be becoming a major importer of Iranian oil, as Iran’s production levels look set to soar thanks to better relations with Biden’s U.S.

Over the last year, China imported an average of 306,000 bpd of crude oil from Iran, totalling 17.8 million tonnes. Most of these imports, 75 percent, came indirectly via Malaysia, Oman, or the United Arab Emirates.

As demand increases, this March, Chinese imports of Iranian oil are expected to reach levels of 856,000 bpd, an increase of 129 percent on February. The sudden influx of Iranian oil is reported to have caused congestion in ports as tankers are offloaded.

China is drawn to Iranian oil thanks to its low costs, often priced at between $3 to $5 below the Brent benchmark.

Imports from Iran have decreased substantially across Asia, particularly to China, India, Japan and South Korea, since 2018 following the sanctions imposed on the country under the Trump Administration. However, China’s uptake of Iranian oil over the last few months suggests this trend is likely to change under the new Biden Administration.

Imports never completely stopped from Iran to China, but they certainly decreased. However, according to Emma Li, a Refinitiv crude flows analyst, “Volumes started to surge from the last quarter of 2020, with Shandong province as the top receiving region which indicates independent plants are the main consumers”.

Related: How Oil Could Go To $100 Per Barrel

India has also begun importing Iranian oil, under the assumption that trade with Iran will resume. This comes as The National Iranian Oil Company (NIOC) attempts to foster new partnerships across Asia, to boost its export potential as it ramps up national production.

A government official in India believes Iranian supplies will return to the market within three to four months. With expectations for developing additional partnerships following Iran’s June elections.

China’s interest in Iranian oil goes hand in hand with the comprehensive strategic partnership between the two countries. The initiative expects trade between the two countries to reach $600 billion over the next decade. In addition, China’s Belt and Road initiative (BRI) attempts to strengthen regional political, economic and strategic ties, with a focus on the energy industry.

In recent energy deals with China, Iran has been allowed to complete financial transactions in foreign currencies, such as Euros, to avoid being tied in with the U.S. dollar and imposed U.S. sanctions.

At present, Iran provides just three percent of China’s total oil supply. However, greater collaboration between the countries across a variety of industries could encourage a stronger energy deal as the force of the U.S. sanctions on Iran gradually subsides.

China looks to remain the world’s top oil importer, with an oil demand of around 12 million bpd. This makes it an essential partner for oil-rich nations to establish long-term trade links. Despite a drop in demand in response to the Covid-19 pandemic, China’s oil imports increased by 32 percent in January.

This reflects a trend across the entire Asian region, which is thought to have increased its oil imports by 7.5 percent between December and January.

It seems that after years of difficult relations with Iran, China and the Asian region will soon resume their energy partnerships with the oil-rich nation as it intensifies production to meet the increase in demand.