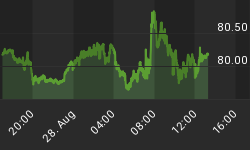 Maintenance at a Cheniere Energy facility was set to drag natural gas deliveries to U.S. liquefied natural gas (LNG) export facilities on Thursday to the lowest level since the end of February, Reuters reported, citing data from Refinitiv and analysts.

Cheniere’s Corpus Christi LNG export facility was set to see reduced volumes of feed gas because of maintenance on a pipeline at the Sinton compressor in Texas, Reuters said, noting that the company does not comment on operations.

The maintenance was expected to cut LNG receipts at U.S. export facilities to 9.1 billion cubic feet per day (Bcf/d) on Thursday, down from an average of 11.1 Bcf/d for the month of April so far, according to data from Refinitiv.

This would be the lowest level of natural gas flows for LNG exports out of America since February 26, when exports began to recover from the Texas Freeze that had shut in an estimated 20 percent of lower 48 U.S. natural gas production in the first half of February.

The reduced natural gas flows this week is only temporary and U.S. LNG exports continue to set records in recent months, with shipments to Asia surging.

According to the latest available data from the U.S. Energy Information Administration (EIA), total American LNG exports set records in reach of the months of November and December 2020 and January 2021.

While the February LNG exports were hit by the Texas winter storm, exports in March are estimated to have hit a new all-time high, according to data from Refinitiv quoted by Reuters. American LNG was an attractive option for buyers because of the lower prices compared to those in Europe and Asia and low shipping rates last month.

Since the fall of 2020, the United States has significantly boosted its liquefied natural gas exports to the top LNG-importing region, Asia, to the point of setting record highs in recent weeks and competing with Qatar for supplying the fuel to the biggest LNG buyers.