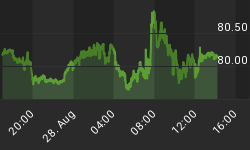 The UAE is not sharing information, while some Gulf sources told CNN that the UAE vessel had simply broken down and has been towed by Iran, the CNN correspondent says.

The U.S., however, says that there is no contact with the crew of the UAE ship, whose last known location was at Qesham Island, CNN’s Starr reports.

The incident, if it happened the way the U.S. intelligence is reportedly inclined to believe, would be the latest skirmish in waters in the Middle East in recent weeks.

In May and June, two separate apparent attacks on oil tankers near the Strait of Hormuz stoked tensions in the area, which intensified with Iran shooting down a U.S. drone over the vital oil shipping lane.