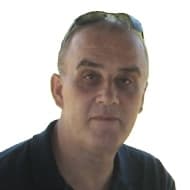 If one looks at the trend of EU sovereign credit default swaps over the last four months, one cannot help it but assume that the worst is over. The ECB’s Outright Monetary Transactions project provided the backstop to the bleeding that markets were looking for, and a celebratory mood took over.

But thus far all we have are words, and the conflicting accounts of what the European bureaucrats and politicians will do next continues to dominate the headlines, while a clear picture has not emerged. Spain may want a bailout, but it certainly does not want the attached conditions, and while an European banking union is in the works, the legality of the project will be contested, because we’re talking about the ongoing preservation of sovereignty and the treaties that brought these countries together in the first place. In addition, the handling of legacy assets that fall under direct European Stability Mechanism recapitalizations does not have a solution, and that’s where the bulk of the meat is.

Despite the fact that the German Constructional court looked the other way with respect to Article 123 TFEU, other euro members and their respective courts will make their voices heard in due time.

According to the article “Debt crisis: Merkel blocks eurozone support efforts” published by The Telegraph, “Angela Merkel reasserted German control over European strategy by insisting that the bail-out machinery would not pay for the past banking debts while also dismissing French plans to spread wealth.”

While “Francois Hollande, the French president, proposed more transfer payments to help indebted countries as well as a eurozone employment programme,” Merkel is vying for more political union to be controlled by Germany, and that is the cultural divide that has always stood in the way of monetary union. Why would it be different now, especially when citizens across Europe no longer view the euro as the rock star that would bring them together?

Without losing sight of the fact that the European debt crisis is still a work in progress, and has now consumed valuable time without a solution, Reuters reported that the “Euro zone cut fiscal deficit in 2011.” But debt was up!

“Eurostat said the aggregate budget deficit in the 17 countries using the euro fell to 4.1 percent of gross domestic product in 2011 from 6.2 percent in 2010 - the first year of the sovereign debt crisis. Euro zone public debt, however, rose to 87.3 percent of GDP in 2011 from 85.4 percent, Eurostat said.”

Under normal circumstances, and if one uses an individual as an example, if personal austerity measures are implemented — no dining out, no movies — the savings would be used to pay down debt and bring the personal balance sheet to a healthier level. But if income is also reduced, and that is the case in the eurozone, the process is similar to a dog chasing its tail. That simple!

Considering where credit default swaps were in June of 2012 and where they trade now, we better hope that they are right.