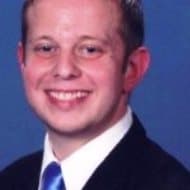 Jacob Wolinsky is the Founder, and CEO of ValueWalk.com. Built up from the ground without any Venture capital funding, ValueWalk is the  fastest growing Financial…

There is speculation that Canadian Oil and Gas Producer Nexen Inc. (NYSE:NXY)'s proposed $15.1 billion takeover by China's CNOOC Limited (NYSE:CEO) is likely to fall through, amid government interference. The Canadian government is known to be very protective of the nation's interests, and recently rejected Petronas' bid for Progress Energy, citing minimal net benefits to the country. However, a closer examination of the two deals draws a mountain between the two, in terms of prospective benefits to the Canadian government in the long-term, which indicates that there is a likelihood that a CNOOC takeover of Nexen could go through. We noted some of the reasons in this article, but expand on the issue below.

However, there are major differences between the Petronas-Progress deal and the CNOOC-Nexen deal, as the latter is seen to bring more benefits to the Canadian people than its associated constraints. First, let’s look at the at what many Canadians are afraid of, a foreign state owned company running the show at one of the nation's strategic companies. This fact applies in full force for the Petronas-Progress deal, but not so for the CNOOC-Nexen takeover.

Unlike Progress, whose shale gas projects are entirely based in Canada, Nexen Inc. (NYSE:NXY) is an international company, with only a third of its productive capacity sourced from the North American country. Notwithstanding, speculations are rife that CNOOC and Nexen Inc. (NYSE:NXY) could yet fail in their attempts to finalize the deal, as the two companies wait on the extended 30 day period, during which, the government will do a thorough review of the net benefits of the deal to the country.

The biggest concern is based on the Canadian government's outright rejection of the Progress deal, despite some notable benefits, such as the $2.5 billion premium placed on the deal, as well as royalty payments to the residents of British Columbia, from natural gas production to supply the LNG plants. However, on top of these "foregone benefits", the CNOOC-Nexen deal eliminates some obvious obstacles in the Petronas-Progress case as featured below:

Unlike Petronas, which could have easily been involved in a conflict of interest, in transactions involving LNG's exports to Asia, Nexen's international status rules out the possibility of conflicts of interest in pricing LNG. Furthermore, the Canadian government expressed its need for capital to move these projects forward in Canada, and having rejected the Petronas-Progress deal, the government should be willing to approve a CNOOC-Nexen takeover.

Interestingly, the CNOOC-Nexen deal came at a time when investment in Canadian oil sands from other third party countries is being scaled back in favor of shale liquids, which further solidifies the the Chinese company's bid to invest in its oil sands. CNOOC is noted to have done thorough preparation for the deal, including a well-defined post-merger plan for Nexen employees, as well as making Calgary its North America headquarters, not forgetting a secondary offering of the stock to be listed at the Toronto Stock Exchange (TSX).

The Picture beneath the Shale Fields

Looking at the whole scenario, it is pretty obvious to say that despite the Canadian Government's stringent rules on foreign investments in its Oil and Gas companies, which now are estimated at $30 billion, as compared to five years ago, when they were valued at $10 billion; the CNOOC-Nexen deal is set to go through.

First of all, rejecting the deal, which makes its two deals thrown through the window in a space of three months, could deem Canada a prohibitive destination for foreign investors, and I do not think there is any country that would aspire to have that kind of image. Additionally, there is also some kind of justification for why the government rejected a Petronas-Progress deal without succinctly, justifying its position. My bet is, it knew that CNOOC-Nexen was a better deal, only that it could not disclose that fact, while there was no way it was going to approve two deals under the critical public eye.

This is why, I believe the CNOOC-Nexen deal is set to go through, and its only a matter of time before this is confirmed, come November 12.

Disclosure: I do not hold any position any of the stocks mentioned and do not plan to do so within the next 72 hours.

Citigroup - The Future Ahead After Vikram Pandit

Why I Bailed on Gold

Jacob Wolinsky is the Founder, and CEO of ValueWalk.com. Built up from the ground without any Venture capital funding, ValueWalk is the  fastest growing Financial…