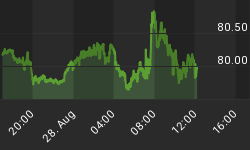 Saudi Arabia’s Deputy Crown Prince Mohammed bin Salman is meeting Russian President Vladimir Putin today to discuss the extension of OPEC’s agreement with 11 other oil producers to extend the cuts approved last November, as well as the situation in Syria.

Despite the meeting, Russian-Saudi relations are not strained. The two support opposing sides in the Syrian civil war, and they are rivals in the Asian oil market. Yet, they have been thrown together by the 2014 oil price crisis, and more or less forced to collaborate on ways to prop up prices.

While Russia, albeit with a budget deficit, has proved to be more resilient to the effect of what many observers saw as a price war waged by OPEC on U.S. shale, Riyadh has found it hard to withstand the blow and has become the most active advocate of the cuts in production.

In the 2016 oil production cut agreement, Russia made a better bargain than Saudi Arabia: it boosted its production to more than 11 million bpd in November, which was taken as a basis month for the cuts, and only agreed to cut 300,000 bpd from its output.

Saudi Arabia, on the other hand, undertook the biggest portion of the cut, and as of late May this year, according to Bloomberg, has cut production by 600,000 bpd, although its quota called for cuts of less than 500,000 bpd. Related: Russian Energy Minister: Oil Markets To Rebalance In Q3 2017

As for Syria, bilateral relations have been strained. Back in 2015, Prince Mohammed said at a meeting with Putin that Riyadh was concerned with Moscow’s military involvement in support of President Bashar Assad and warned this involvement could have “dangerous consequences”.”.

The outcome of today’s meeting, which should also include the signing of four cooperation agreements between Russia and Saudi Arabia, will be particularly interesting to see in the context of heightened tensions between Riyadh and Tehran as well as a flare-up of tension within the Gulf Cooperation Council. The latter was caused by friendly remarks from Qatar’s Sheikh about Iran on state media, which were later removed and attributed to “fake news”.