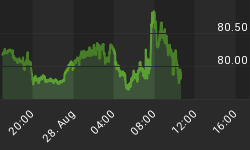 The “skyscraper index” is a reliable warning signal of the end of an economic cycle. Even if the indicator, created by Andrew Lawrence and developed further by Mark Thornton, looks like a contrived correlation at first glance, it turns out to be a close reflection of the boom & bust cycle. The construction of the highest building does of course not cause an economic slump, but it illustrates the economic connection between construction booms and financial crises. The skyscraper megalomania is thus tangible proof of the astuteness of the theory of economic cycles as put forth by the Austrian School of Economics.

The construction of the highest building in the world symbolises inefficient resource allocation and an irrational assessment of the future. The dire situation starts with (too) low interest rates, the expansion of the money supply, and excessive speculation. This results in an extrapolated sense of euphoria, economic arrogance, and megalomania as well as a “this time it’s different” mentality at the end of the cycle, each of which is supposed to justify the enormous investment outlays required for the construction of the highest building in the world. Due to the long planning and construction period of such projects, the skyscraper is only completed once the boom has yielded to the bust phase. These flawed entrepreneurial decisions and misallocations are mercilessly uncovered in this phase. According to the Austrians, the bursting of the bubble and the recession are the unavoidable consequence of these bad investments.

Even if the indicator is not 100% reliable, its track record is still impressive. For example, the Great Depression was heralded by the completion of the Chrysler Building (1930) and the Empire State Building (1931). The World Trade Center was completed amid the oil crisis in 1973, and the Petronas Towers in Malaysia were finished at the beginning of the Asian crisis. In Madrid three of the four highest skyscrapers in Europe were completed when the Spanish property bubble was about to implode. The Burj Khalifa in Dubai supports the hypothesis as well. It is an impressive symbol of excessive real estate speculation in the Middle East, which was abruptly cut short in 2010. The completion of the status symbol was only possible because of a generous capital injection by neighbouring Abu Dhabi.

A substantial part of the skyscrapers currently under construction is located in China and India. According to Barclays, the construction boom in India and China anticipates a significant slowdown in the economic expansion of the emerging countries. India is currently only home to 2 of the 276 skyscrapers that are higher than 240 metres. However, 14 more skyscrapers are scheduled for completion within the next five years, among those the “Tower of India”, the second-largest building in the world. In China, more than 50% of the 124 skyscrapers that are currently under construction will be completed within the next six years. According to Barclays China could therefore be faced with an economic collapse, should the skyscraper index hold again.

Number of Chinese skyscrapers to grow by 87% until 2017

The world’s highest skyscraper is currently in the planning stage in Azerbaijan. The “Azerbaijan Tower” will be 1,050 metres high and thus overtop the Burj Khalifa by 222 metres. The skyscraper will be built on one of 41 artificial islands in the Caspian Sea. Azerbaijan wants to become the “Dubai on the Caspian Sea”. Construction is to commence in 2013, and the tower is scheduled for completion in 2019. Total costs have been calculated to amount to USD 100bn.

We are sceptical about such megalomaniac projects. If skyscrapers are built because of the high demand for space and high property prices, they can be very profitable over their useful life. However, if the project is just a symbol of the “greatness and pride of a nation”, alarm bells should be ringing. The extrapolation of eternally high oil and gas prices may end in a (c)rude awakening. Given that the oil and gas sector accounts for more than 50% of the country’s GDP, one could interpret this situation as long-term warning signal for the oil price.