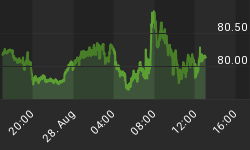 Tesco chairman John Allan has joined calls for energy giants to be slapped with a windfall tax to ease the pressure on households suffering the most from the cost-of-living crisis.

Speaking on BBC Radio 4’s Today program he argued there was an “overwhelming case” for a one-off levy on North Sea oil and gas companies, revealing some of the supermarket’s customers have started rationing the amount of food they buy at the supermarket.

He warned the country was facing “real food poverty for the first time in a generation,” and that people were finding it even harder to mitigate soaring energy costs.

Allan explained: “There’s an overwhelming case for a windfall tax on profits for those energy producers, fed back to those most in need of help with energy prices.”

The Tesco boss’ comments follow the proposals from the Labour Party for a one-off £1.2bn levy on North Sea oil and gas companies, with energy firms reporting hefty profits amid soaring oil and gas prices.

The tax would contribute to opposition plans to provide a £600 annual saving to household energy bills for low-income households.

Earlier today, British Gas owner Centrica posted a trading update, revealing it expects to post annual earnings at the top of its forecast range in July later this year.

The company said it has been boosted by “strong” volumes across its nuclear and gas production operations while its trading business has also increased volumes of gas and renewable energy to improve UK supply amid pressure from the Russian invasion of Ukraine.

The rebound in performance was powered by fossil fuel trading, with oil prices remaining elevated above $100 per barrel after eight years of trading below the milestone, while gas prices also remain historically above conventional levels, topping £8 per therm in March.

Both firms suffered heavy losses during the pandemic amid reduced demand and lockdowns across developed economies.

By contrast, supermarkets such as Tesco remained open during the pandemic with increased trade.

Last month, Tesco revealed profits of more than £2bn for the full-year of 2021, with earnings trebling over a 12-month window.

Unlike other corporations, North Sea oil and gas companies already pay an elevated level of tax – with a special 40 percent levy on North Sea companies, 19 percentage points above the corporate taxes paid by everyone else.

The Office for Budgetary Responsibility has predicted UK fossil fuel companies will raise £21bn between 2021-25, averaging £4-5bn a year – a 740 percent increase in returns between 2015-20.

Prime Minister Boris Johnson dismissed calls for a windfall tax following the results from BP and Shell, concerned it would deter key investment in oil and gas exploration.

This outlook was shared by Emily Fielder, head of communications at the Adam Smith Institute, who told City A.M. that calls for a windfall tax “make for a good headline” but are “economically short-sighted.”

She explained: “Whilst it is unlikely to benefit those who are in most in need of help with their energy prices, it will undermine trust between the Government and energy providers, disincentivizing investment to improve infrastructure and ultimately pushing up prices higher in the long-run. The inevitable decrease in investment in green energy will jeopardize our world-leading push for Net Zero and decarbonization.”

Commenting on potential solutions for households, Fielder said: “Those struggling to pay their energy bills need more targeted support, such as one-off cash payments, rather than politically expedient, but essentially ineffective and damaging policies.”

Oil and gas features prominently in the government’s recently unveiled supply security strategy, with the UK looking to reduce its reliance on Russian energy sources and ramp up domestic production to make the country less vulnerable to future energy shocks.

While Chancellor Rishi Sunak has so far not imposed fresh levies on energy firms, he has publicly demanded UK energy giants stick to ambitious domestic investment plans – with BP and Shell committing £18bn and £25bn respectively to energy production over the course of the decade.