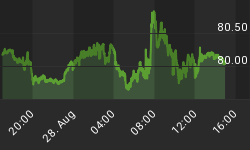 Floating oil storage globally declined by a third in the first quarter of the year, an unnamed source from OPEC told Reuters. The statement supports OPEC’s claims that the production cut agreed on last December with 11th non-OPEC producers has helped to relieve a glut that last year sent WTI below US$30 a barrel.

The unnamed source did not provide specific figures, and the statement comes on the heels of an official announcement from the energy ministers of Saudi Arabia and Russia that the December cut deal will be extended until the end of March 2018, which sent prices on a rally.

Yet, earlier this month, Reuters reported that there were 35 tankers with a combined capacity of 65 million barrels of crude sitting in the Straits of Malacca in Malaysia – one of the main global oil shipment routes. This, according to the report, highlighted OPEC’s failure to relive the glut.

Morgan Stanley chimed in, citing shipping and import data that showed that the global supply had not declined. On the contrary, the figures suggested maritime supply, and more specifically OPEC supply, actually went up in the first quarter of the year, by as much as 700,000 bpd.

This latest anonymous statement about falling floating oil storage is not the first one to come from OPEC. In late April, Aramco’s chief executive, Amin Nasser, said the same: that the OPEC deal had helped to bring down floating oil inventories in the first three months of 2017, again without providing any reference figures.

This lack of specific numbers may have well contributed to skepticism about the success of the OPEC-non-OPEC deal. The latest announcement about a longer than expected extension of the cuts also highlights the arguable nature of this success, even as OPEC producers have started reducing exports, as well as production.