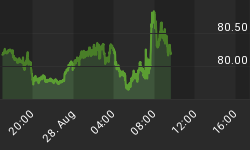 Crude oil demand will bounce back to levels from before the Covid-19 pandemic by early 2022, ConocoPhillips’ chief executive Ryan Lance told Bloomberg, adding that meanwhile, supply will remain constrained.

“We see the demand improving, we see probably getting back to pre-pandemic levels by the end of fourth quarter or the first quarter of next year and the market getting relatively balanced,” Lance told Bloomberg.

“We’re pretty bullish on the next couple of years.”

Conoco just bought Shell’s Permian assets in a $9.5-billion deal that will make it the second-biggest oil producer in the Lower 48 after only Exxon, adding some 200,000 bpd in oil equivalent production to its total.

The deal will also make Conoco the second-largest player in the Permian, after Pioneer Natural Resources and ahead of Chevron and Occidental.

Lance' bullish view on oil demand reflects an equally bullish view by both OPEC and the International Energy Agency. The oil-producing cartel revised its 2022 oil demand growth outlook by a higher than expected 900,000 bpd earlier this month.

Next year, oil demand worldwide is now expected to jump by around 4.2 million bpd compared to 2021, an upward revision of 900,000 bpd compared to last month’s assessment, OPEC said in its closely-watched Monthly Oil Market Report.

The IEA recently said it expected oil demand to shoot up by 1.6 million bpd next month. In the latest edition of its monthly oil market report, the agency slightly revised down its full-year 2021 demand growth projection, but noted that pent-up demand and vaccine programs are expected to give rise to “a robust rebound” in global oil demand from the fourth quarter of this year.

According to some, even the long-term prospects for oil are bullish. Energy markets analyst Anas Alhajii said at a recent event that oil demand would continue to expand even beyond 2050 despite the rush to renewables.

“The impact of climate change policies on oil demand are highly exaggerated – The impact is mostly on demand growth, not on demand itself,” Alhajjii said, adding that the world will need all forms of energy even after thirty years.