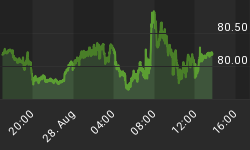 Saudi Arabia may be forced to reroute tankers carrying some 40 million barrels of crude oil to the United States if President Trump goes through with a threat to ban imports, Reuters has reported, citing shipping data and unnamed sources.

There have been reports that Washington is discussing a ban on Saudi imports of crude oil or impose tariffs to stem the decline in U.S. oil prices. When President Trump first floated the idea of oil import tariffs, it was taken as a threat to large oil exporters to the U.S. such as Saudi Arabia to finally reach an output cut agreement with their partners in OPEC+. Now, the stakes are higher.

According to Reuters’ sources, Saudi Arabia had first tried to seek storage options for the oil now at sea. Many tanker owners, however, were unwilling to agree to such a change in plans as it would have meant stranding tankers, with the prospects of finding a buyer quickly grim.

Aramco “offers its larger customers with refineries in multiple regions of the world optionality to take their crude purchases from Aramco into the region,” the company told Reuters in a statement. “Changes in ship destinations are routine in the course of our business, particularly in a company of our scale.”

Meanwhile, the Wall Street Journal reported earlier this week that at least one in every ten Very Large Crude Carriers capable of holding up to 2 million barrels of oil is now serving as floating storage, with many of them full of unsold Saudi oil.

Last week, The Wall Street Journal reported that the volume of Saudi crude en route to the United States was seven times higher than the typical monthly intake of Saudi oil in 2019. These vessels, however, were loaded before OPEC+ struck the deal to cut 9.7 million bpd from its collective output beginning in May.