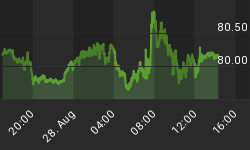 Russia needs to diversify away from oil and gas, and fast, says the chief executive of the country’s largest lender, Sberbank. According to German Gref, the oil and gas could run out by 2030, so there’s no time to waste in shifting towards more sustainable industry drivers of GDP.

Gref’s warning is the latest in a string of such comments from analysts and various industry experts, which started some time after the imposition of sanctions from the West and the oil price drop. In fact, talk about a diversification away from energy has been going on for quite a while in Russia, it just seems that efforts in this respect have not been too enthusiastic.

Ironically, the sanctions and the low oil prices have come as a blessing in disguise, spurring Moscow into action. Earlier this year, Deputy Finance Minister Maxim Oreshkin said that agriculture, tourism, food, and chemicals are starting to emerge as new growth drivers. Agriculture, for one, has increased its contribution to the federal budget to 4.4%, which is the highest since 2003, as of May 2016. The IT industry, however, topped all others, registering growth of 28% in 2015.

Last month, Der Spiegel reported that Russia’s agricultural exports in 2015 overtook exports of arms for the first time. What’s more, in the same year Russia became the world’s largest wheat producer and exporter, and although this has not been enough to compensate for the losses incurred from cheap oil and gas, it is a move in the right direction – away from finite fossil fuels and towards sustainable production.

So, sanctions have done Russia perhaps as much good as bad, but that’s just the beginning. There is a whole sprawling oil and gas industry that needs to be convinced that it should reorient itself to other energy sources, if Gref’s forecast is to come true. This is bound to be the really hard part in the diversification drive, provided it continues. Related: Can Microwave Technology Compete With Fracking?

Russia’s oil giants are just that – giants, which makes them slow to act, in this case change, and rather inflexible. That’s actually something pretty common in the energy industry, as seen with Exxon’s refusal to acknowledge climate change and Shell’s slow acceptance as well.

Acknowledgement of climate change and the global drive to fight it is a good starting point for diversification into renewables, theoretically. In reality, Russia’s majors, including Rosneft, Gazprom, and Lukoil are more than ever focused on pumping more oil and gas.

Rosneft is still in growth mode, just a couple of days being admitted back into the race for a stake in smaller sector player Bashneft. Earlier, it finalized deals with Indian companies for the development of the giant Vankor field in eastern Siberia.

Lukoil earlier this year announced it will be selling its downstream operations in Europe to focus more on production. Just last month it indicated it might rethink this plan as oil prices started improving, but it’s still on the table; and refining is still fossil fuels. The company is also active internationally, and more specifically in Iran, where it is eyeing the development of two fields, to begin next year. Related: Pipeline Outage Could Lead To Another Gasoline Price Spike

Gazprom, meanwhile, is keeping its poker face in Europe, looking for ways to advance its plans for Nord Stream 2 and at the same time working with Turkey on the construction of Turkish Stream. It has also just signed a partnership agreement with Shell on LNG in the Baltic.

It looks like business as usual for the oil majors and it’s anyone’s guess how long it will continue to be so. Thinking that they are unaware of the gloomy depletion forecasts about domestic oil and gas would be naïve but, then, they might know more about the actual depletion prospects than anyone outside their circles, including Gref, and perhaps this is what’s driving Russia’s Arctic advance.