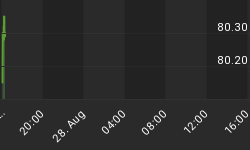 What would happen if you flipped a switch, and suddenly every new car that came off assembly lines was electric?

It’s obviously a thought experiment, since right now EVs have close to just 1 percent market share worldwide. We’re still years away from EVs even hitting double-digit demand on a global basis, and the entire supply chain is built around the internal combustion engine, anyways.

At the same time, however, the scenario is interesting to consider. One recent projection, for example, put EVs at a 16 percent penetration by 2030 and then 51 percent by 2040. This could be conservative depending on the changing regulatory environment for manufacturers – after all, big markets like China, France, and the U.K. have recently announced that they plan on banning gas-powered vehicles in the near future.

We discovered this “100 percent EV world” thought experiment in a UBS report that everyone should read. As a part of their UBS Evidence Lab initiative, they tore down a Chevy Bolt to see exactly what is inside, and then had 39 of the bank’s analysts weigh in on the results.

After breaking down the metals and other materials used in the vehicle, they noticed a considerable amount of variance from what gets used in a standard gas-powered car. It wasn’t just the battery pack that made a difference – it was also the body and the permanent-magnet synchronous motor that had big implications.

As a part of their analysis, they extrapolated the data for a potential scenario where 100 percent of the world’s auto demand came from Chevy Bolts, instead of the current auto mix.

If global demand suddenly flipped in this fashion, here’s what would happen:

Some caveats we think are worth noting:

The Bolt is not a Tesla

The Bolt uses an NMC cathode formulation (nickel, manganese, and cobalt in a 1:1:1 ratio), versus Tesla vehicles which use NCA cathodes (nickel, cobalt, and aluminum, in an estimated 16:3:1 ratio). Further, the Bolt uses a permanent-magnet synchronous motor, which is different from Tesla’s AC induction motor – the key difference there being rare earth usage.

Lithium, cobalt, and graphite have tiny markets, and they will explode in size with any notable increase in EV demand. The nickel market, which is more than $20 billion per year, will also more than double in this scenario. It’s also worth noting that the Bolt uses low amounts of nickel in comparison to Tesla cathodes, which are 80 percent nickel.

Meanwhile, the 100 percent EV scenario barely impacts the steel market, which is monstrous to begin with. The same can be said for silicon, even though the Bolt uses 6-10x more semiconductors than a regular car. The market for PGMs like platinum and palladium, however, gets decimated in this hypothetical scenario – that’s because their use as catalysts in combustion engines are a primary source of demand.