Another wave of suffocating regulations…

After Ecuador’s President removed a…

After a solid year of… 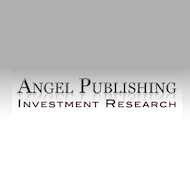 If you think the recent, highly-publicized gold-buying mania is merely the result of a handful of panicking investors, urged along by a couple contrarian billionaire types... think again.
Today, it's no longer just private individuals buying up the yellow metal.

For the first time in decades, gold has become a nearly universal investment strategy... something that literally any class of investor must own to be considered well-hedged.
It's so important, in fact, that the world's biggest and fastest growing national economies are in the midst of an historic push to build up their stores of the precious metal.

Most of it will end up in places like this:

Not since the late 1980s has investment demand for this metal been as high as it is today.
In fact it has been 22 years since central bank and investment buying of the yellow metal outstripped industrial and ornamental demand.

Today, the biggest buyers of gold aren't private citizens or hedge-funds. Instead, nations like China, India, and Russia have moved forward to grab up every loose ounce of the metal...

• In 2010, Russia's central bank bought up an astounding 2/3 of the country's entire national production.

• That same year, India purchased close to 750 tons, breaking the record of the previous year by almost 40%.

• China — the biggest gold market of them all — has stated an intention to raise their national reserves by 849%, or 10,000 tons, worth an estimated half a trillion U.S. dollars, by the end of the decade.

• In the first two months of 2011, China boosted their national holdings by 200 tons.

If this trend continues, it will almost certainly reshuffle the world order as far as government-owned gold holdings go.

Currently, the United States occupies the number one spot with 8,133 tons of gold. However, if China's acquisition plans come to fruition, they will supplant the U.S. for the first time in history.

Similarly, India and Russia are working overtime to do the same to Germany and France — Europe's number one and two biggest gold owners.

While these facts may be shocking to people used to living in a world where Fort Knox was the single biggest concentration of gold in existence, the reasoning behind these developments is as clear as day...

This article was provided by Angel Publishing