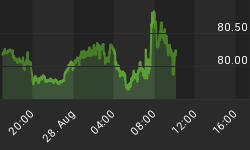 Washington finally said it was moving ahead with plans for wind energy off the mid-Atlantic Coast. A review of the region, considered one of the better wind regimes in the United States, found the adverse environmental or socioeconomic problems tied to wind energy development along the eastern coast would be minimal. A national laboratory said offshore wind could meet most of the domestic demand for electricity. With a 367-megawatt wind farm opening off the northern England coast, however, the United States, with its drill-happy congressional delegation and excitable conservationists, is quickly losing the clean energy race.

The National Renewable Energy Laboratory found offshore wind energy could meet most of the U.S. energy demand. The U.S. Bureau of Ocean Energy Management said it was finally ready to vet proposals for wind energy leases for the Outer Continental Shelf off the mid-Atlantic, presumably as part of President Obama's "all-of-the-above" energy policy. While the NREL said its figures didn't include cost or transmission availability, the offshore wind estimate is 3,125 GW more than the entire U.S. electric generating capacity in 2009.

While those numbers are impressive, they pale in comparison to the wind energy sector in much of Europe. France has the second-best wind energy regime in all of Europe and already enough offshore wind installed to meet some of its energy demand. This year, London cackled with glee about the untapped oil reserves left in the North Sea yet the United Kingdom, a country that's about the size of Oregon, is already the world leader in installed offshore wind capacity. How much does offshore wind energy is installed in the United States? None.

The U.S. Energy Department said offshore wind was an attractive power source but noted offshore wind turbines are expensive and require a lot of maintenance. Conservative groups like Americans for Prosperity complain wind farms off the New Jersey coast would cost jobs, increase consumer electric bills and wind up costing New Jersey taxpayers about $100 million.  The Alliance to Protect Nantucket Sound, meanwhile, complains wind farms planned four miles off the Massachusetts coast would spoil the view. You know what was seen in the background during last year's British Open at the Royal St. Georges Golf Club in Ireland? Three nuclear cooling towers. And nobody complained.

Authorities at the U.S. Interior Department said they were examining "sweet spots" off the mid-Atlantic Coast for offshore wind development. Obama during the 2011 State of the Union address set of target of generating 80 percent of the country's electricity through clean energy resources like wind by 2035. This year, he called for an "all-of-the-above" policy for domestic energy. Democracy is a great thing in that it allows everyone a voice but loud doesn't mean influential. The United States is losing the green energy race, which means a continued reliance carbon-based natural resources, in part because some folks are upset about the view.