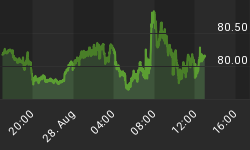 The U.S. Administration is getting ready to announce as early as this week a plan to expand oil and gas drilling in U.S. offshore waters, including in the Atlantic, Bloomberg reported on Tuesday, citing people familiar with the plan.

In April this year, President Donald Trump issued an executive order directing the Department of the Interior to revise the schedule of proposed oil and gas lease sales, to include, but not limited to, the Western Gulf of Mexico, Central Gulf of Mexico, Chukchi Sea, Beaufort Sea, Cook Inlet, Mid-Atlantic, and South Atlantic. The East Coast is a territory that President Barack Obama had ruled out as an area for drilling.

According to Bloomberg’s sources, the new plan responds to the oil industry’s drive to have more areas to drill. The new offshore oil drilling plan would be for the five years from 2019 to 2024 and would replace the Obama drilling plan that ends in 2022.

At the end of June this year, Secretary of the Interior Ryan Zinke opened up the public comment period for a new five-year National Offshore Oil and Gas Leasing Program on the Outer Continental Shelf (OCS), as per President Trump’s executive order from April. Back then, the Department of the Interior said that the 2017-2022 Five Year Program would continue to be executed until the new National OCS Program is complete.

While the oil industry supports the new plan that would open up more areas for oil and gas exploration, opposition against drilling in the Atlantic has been growing, and coming from businesses in Republican states and even some Republican lawmakers.

“But given the administration’s proven track record of handing over the public’s lands and waters to the oil industry and polluters, we can expect that this plan will be another giveaway at the expense of communities and public health,” Alexandra Adams of the Natural Resources Defense Council (NRDC) said in a statement on Monday.