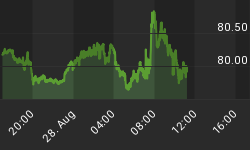 Following the demand and oil price crashes, Saudi Arabia has idled offshore rigs and postponed the start of a US$18-billion expansion project, Bloomberg News reported on Wednesday, citing sources familiar with the plans.

In early May, offshore drilling contractor Noble Corporation plc said that its jackup rig Noble Scott Marks, located offshore Saudi Arabia, will be suspended at the request of its client for up to one year, beginning in the first half of May. The contract suspension was expected to enter into force after the jackup rig completes the well it was drilling at the time. Noble Corporation has the right to market the rig in pursuit of other work opportunities in the region, it said.

Then earlier this week, Shelf Drilling said that it had received a notification from its customer on the suspension of operations for the High Island IV jack-up rig for up to 12 months. The offshore rig is contracted to Saudi oil giant Aramco, which declined to comment for Bloomberg the status of the rigs and projects.

According to Bloomberg sources, Saudi Aramco is also suspending the project for expansion of the offshore Marjan and Berri oilfields for a period of between six and twelve months.

Saudi Arabia’s oil giant plans to increase the production capacity of the offshore Marjan and Berri fields by 550,000 bpd and by 2.5 billion standard cubic feet a day (bscfd) of gas.