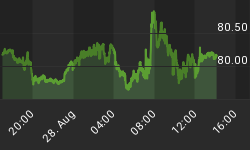 Indian Refiners Are Scrambling To Buy Russian Oil Before December 5

At least four Indian refiners are looking to buy Russian crude cargoes that can load ahead of December 5—the day on which the EU embargo and the price cap on Russian oil takes effect—and discharge before January 19, Bloomberg reported on Monday, quoting sources with knowledge of the plans.

While considering the parameters of the price cap, the U.S. Treasury issued at the end of October guidance that says Russian crude oil loaded onto a vessel at the port of loading for maritime transport prior to December 5 will not be subject to the price cap if the oil is unloaded at the port of destination before January 19, 2023.

Some large Indian refiners, both private and state-owned, haven’t placed orders to buy Russian oil for loading after December 5, Reuters reported last week, citing sources with knowledge of the refiners’ plans. Indian conglomerate Reliance Industries, which operates the world’s largest refining hub Jamnagar, as well as state-held Bharat Petroleum, haven’t sought to buy Russian oil after December 5, waiting for clarity about how the price cap would apply and whether there would be some fallout for buyers of Russia’s crude after the sanctions kick in, according to Reuters’ sources.

While refiners seek to buy cargoes loading ahead of December 5, cautiousness prevails among Indian buyers about purchasing Russian crude after that date until they get more details on how exactly the price cap would apply and whether there would be enough non-Western maritime transportation services available for cargoes.

Before the Russian invasion of Ukraine, India was a small marginal buyer of Russian crude oil. After Western buyers started shunning crude from Russia, India became a top destination for Russian oil exports alongside China.

Russia is even estimated to have overtaken OPEC heavyweights Iraq and Saudi Arabia to become the largest crude oil supplier to India in October, with record shipments of 946,000 barrels per day (bpd).