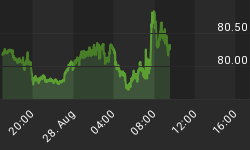 The surge in oil production from fields across the United States is leading to a supply glut along the Gulf Coast, forcing oil into storage tanks. Oil rich shale plays like the Eagle Ford, Permian Basin, and the Bakken are churning out more oil than refiners can handle. Yet U.S. law prohibits the export of crude so oil is sitting in storage up and down the Gulf. EIA reported that stockpiles reached 202 million last week, the most ever.

Oil can, however, be transported to between U.S. ports within the United States, and there are 13 designated ships that are authorized to handle these shipments. The Jones Act requires them to be owned and manned by U.S. citizens. With so much oil sloshing around, those ships are fully booked. “You couldn’t find a spot Jones Act ship to save your life right now,” Jeff McGee, a former refinery planner, told Bloomberg in an interview.

Refiners prefer the current arrangement, which allows them to purchase oil priced at WTI at a discount relative to Brent. The gap between the two benchmarks is in large part due to the regional supply gluts within the United States. The EIA predicts that the discount will average around $9 per barrel for 2014. Refiners can purchase discounted crude and export higher priced refined products. The oil and gas industry, however, is gaining momentum in Congress to reexamine the export ban.

On the other hand, even some Republicans have voiced their concerns about rising gasoline prices should the ban be lifted. A similar debate is currently being played out with LNG export permits. Some Republicans want to essentially green light nearly all LNG export licenses, but a Republican Congressman from Houston wants to find a middle ground to avoid dramatic price increases.

Meanwhile, extra oil is increasingly being put into storage. However, refiners usually ramp up production to meet summer demand, so the glut may ease in the coming months.