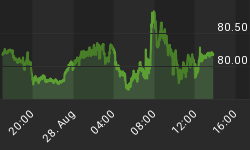 Barclays Bearish On Oil Prices In 2018

Unplanned temporary outages such as the Forties Pipeline shutdown are currently supporting oil prices, but as we go into 2018 a lot of those temporary issues will go away and supply is going to exceed demand again and inventories will build, Michael Cohen, Head of Energy Markets Research at Barclays, told CNBC’s Squawk Box on Wednesday.

Barclays expects WTI oil prices to revert to the mid-$50s by the summer of next year, Cohen said. Moving to the end of 2018, oil prices in Q4 will be higher, according to the Barclays expert.

Still, the issue in the oil market next year will be that U.S. oil production continues to move higher, and EIA and Barclays forecasts continue to expect about 1 million bpd to1.2 million bpd of more liquids supply out of the US next year, Cohen told Squawk Box.

Asked about another main player on the global oil market, Saudi Arabia, Cohen said that Barclays continues to believe that the initial public offering (IPO) of Saudi oil giant Aramco—slated for the second half of 2018—would be delayed and would not take place next year.

The listing, the location, the political backdrop in Saudi Arabia, and the issues between Saudi Arabia and Iran could lead to the Saudis waiting for the IPO, Cohen said.

“I would argue that they want price stability over a certain price level,” Cohen noted, referring to Saudi Arabia’s targeting a certain range of oil prices.

As regards the Saudi ability to influence oil prices, Cohen said that “clearly they are in the driver’s seat of this OPEC/non-OPEC policy, they have some control, but at the end of the day, the market looks at the balance, and the market is seeing something that’s going to be in surplus.”