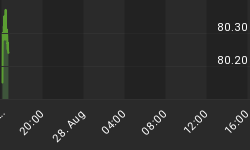 • WTI moved higher on the week by about $1.50 through Thursday as aggressive short covering tied to a bullish IEA report and an informal gathering of OPEC members in September outweighed yet another extremely weak round of DOE stats and accelerating output gains from Iran, Iraq and Saudi Arabia. $43 oil looks to be fairly valued to us at the moment and we continue to wait for the market’s longer term bearish momentum to create buying opportunities below $40.

• To that point we still believe that there is enough negative momentum and fundamental justification to move oil into the high $30s. The global overhang of crude remains massive, product hubs are drowning in gasoline and distillates and core OPEC + Russia continue to pump oil at ludicrous speed. Meanwhile the strength of the global economy remains a risk from the demand side as evidenced by this week’s IEA report which- despite calling for global stock draws in 3Q’16 and being otherwise bullish- predicted smaller demand gains in 2017 than they had previously envisioned. Additionally, the recent round of short covering and +$4.50 rally may very well invite new short positions into the market. However, we continue to look at prompt WTI in the $38-$39 area as a buy via WTI Z16 $5 - $8 wide call spreads believing that falling U.S. output, geopolitical risks in Venezuela, Nigeria and Libya and an extremely sharp drop in U.S. refiner inputs that should slowly tighten NY gasoline stocks will help move the rebalance story back into headlines this fall. One idea we like is to work a $1.25 bid on the WTI Z16 $46/$51 call spread (currently valued near $1.85, would require a roughly $42.50 print in Z6 for the bid to get hit.) The strategy should pay more than $3 on a move back to $51 for Z16 WTI prior to the option’s November 16th expiration.

• Away from the oil market S&Ps and EUR/USD were both supportive for risk assets this week. S&Ps reached a new record high at 2,184 while the EUR/USD rallied from 1.1050 on Tuesday to 1.1190 on Thursday. Central banks were relatively quiet and the U.S. 10yr yield remained in the 1.50 percent-1.60 percent range.

Prompt brent spreads moved sharply higher this week despite the additional oil from core OPEC producers after the IEA’s most recent note forecast global crude oil stock draws in 3Q’16. In the front of the curve Brent V16/Z16 moved from -94 to -80. Further back, Brent Z16/Z17 faltered slightly on Wednesday dropping to -4.20 but was never within 40 cents of last week’s lows and rallied over -3.80 on Thursday afternoon.

Markets were treated to a bearish 6th straight increase in the U.S. Baker Hughes rig count last week. U.S. rigs currently stand at 381 which is higher by 65 from their May low. However, the increase in rigs has yet to generate production gains in the lower 48 states. Lower 48 production was flat w/w at 8.03m bpd after 20 straight weeks of declines. Overall U.S. crude production currently stands at 8.445m bpd. Canadian imports have remained robust with PADD II imports at a seasonal record of 2.27m bpd.

In the front of the WTI curve WTI V16/Z16 was mostly steady around -1.50 this week and was comfortably between July’s high and low marks for the spread. In deferred spreads WTI Z16/Z17 was hit hard mid week moving from -3.60 to -4.20 before a rebounding to -4.00 on Thursday. In spread option markets trade groups continued to sell WTI CSO 1H’17 flat calls and +0.25 calls for small size.

Implied volatility on WTI options moved sharply lower across the skew this week following the market’s move above $43. For WTI V16 options, at-the-money volume priced at 38 percent on Wednesday afternoon for a w/w drop of 6 percent. A slight put-skew (consistent with the last 2-3 months) was maintained with 25 delta puts pricing at 41 percent while 25 delta calls implied 37 percent. Realized volatility for WTI (20-day basis) hit a 6-week low at 31 percent after moving as high as 54 percent in mid-July.

COT data for the week ended August 2nd (we certainly expect to see some short covering in this week’s data) showed accelerated selling from hedge funds who have been liquidating longs and adding to short positions on oil for more than two months now. As for NYMEX WTI, net length fell to just 87k contracts in is lower by 65 percent since late May. Gross shorts for WTI have quadrupled since May moving from just 54k to 219k. In ICE Brent net length has been cut to 260k contracts (down 34 percent since May) while gross short positions have jumped from 25k in May to over 125k. Related: OPEC Output Freeze Plan In Limbo After Oman Refuses To Join

Speculative flows have also stayed bearish in products as hedge funds maintained a net short of 4k contracts in RBOB while cutting their net long in Heating Oil to just 7k. On a more bullish note USO traders have generated inflows into the fund of $325m over the last two weeks which is by far the largest buying spree the ETF has seen since February.

• Abysmal refining margins continue to take their toll on demand. Overall inputs fell 255k bpd and are lower by 1.2 percent y/y. PADD I inputs are lower by nearly 11 percent y/y after RBOB/Brent fell to just $7.60/bbl this week.

U.S. refiner inputs fell by 255k bpd w/w due to steep drops in PADD I and PADD II. Overall inputs are down by 1.2 percent y/y and PADD I inputs are lower by 10.8 percent y/y. Crack margins have continued to drive refiners into pronounced maintenance with the WTI 321 crack, gasoil/brent crack and RBOB/brent crack at multi-year seasonal lows of $13/bbl, $9/bbl and $7.60/bbl this week.

Gasoline stats added a bullish jolt to the market Wednesday with a 2.8m bbl overall drop which included significant draws across all five regions. PADD III lead the effort with a 1.3m bbl draw. Unfortunately, the much maligned PADD IB area added 563k bbls w/w to bring inventories in the region to a 31 percent y/y surplus. Overall gasoline stocks are higher by 9 percent y/y. Implied US mogas demand moved higher to 10.2m bpd which is fractionally higher than last year. Related: Did OPEC Just Issue A Warning For Oil Prices In 2017?

In product markets gasoline futures were generally flat near $1.30/gl-$1.35/gl. The weekly low of $1.28/gl was slightly higher than last week’s low print. In spread markets RBOB U16/V16 moved below +7 cpg for the first time since July 21st and is lower by 3 cents since August 4th.

Heating oil futures moved significantly higher on Thursday making three-week highs above $1.37/gl for a 6-cent rally on the week. Prompt futures are stronger by more than 12 cents from their August 2nd low near $1.25. Heating Oil U16/V16 traded over -2 cpg for the first time since July 13th.

Overseas, Singapore distillate stocks fell by more than 2m bbls w/w but are still higher y/y by more than 2.5m bbls. Gasoil stocks in the Amsterdam-Rotterdam-Antwerp hub fell by 50 k mt and are slightly lower y/y. Gasoil futures moved sharply higher this week to over 401 $/t. In spread markets Gasoil Q16/U16 was slightly lower near -6.40.

Oil Prices Rally Into The Weekend On Flurry Of Bullish News