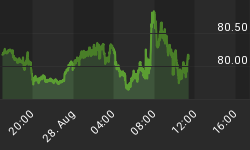 Oil prices appear to be on an unstoppable march toward $100, with Ukraine sending troops into Ukraine, OPEC failing to hit its production targets, and industry CEOs predicting still higher prices.

- Oil prices rose to their highest level since 2014 after Moscow recognized the independence of the breakaway regions of Donetsk and Luhansk and moved its troops into eastern Ukraine, aggravating European supply concerns.

- Spot Brent prices have been trading above the $100 per barrel since last week, now even ICE Brent futures seem to be climbing increasingly closer to that threshold.

- Backwardation in ICE Brent prices is at the highest in more than a decade, with the 1-month spread between the April and May contracts rising to $2.40 per barrel.

- The backwardation does not only impact oil markets, gasoil futures are just as tight amid globally low inventories.

- US oil major ExxonMobil (NYSE:XOM) signed a deal with the Papua New Guinea government on the development of the long-stalled P’nyang gas field, agreeing on a 63% government take.

- As elevated crude prices have provided Saudi Aramco (TADAWUL:2222) with windfall profits, the Saudi national oil company is in talks with Chinese companies to further invest in its downstream sector.

- US oil major Chevron (NYSE:CVX) is reportedly looking to sell its assets in Equatorial Guinea, acquired as part of its $13 billion takeover of Noble Energy in 2020, seeking to garner $1 billion from the sale.

Just as oil industry CEOs have gathered in London for the International Petroleum Week, reiterating their bullish vision for oil prices, Russia’s foreign policy took center stage and added another layer of upside risks by moving its army into eastern Ukraine. Gas prices shot up in Europe and oil prices followed, driven by concerns that supply disruptions from Russia or potential sanctions packages could make oil markets even tighter than they are today. Brent crude hit $99 early on Friday morning before falling back.

Germany Halts Nord Stream 2. The German government halted the certification process of Nord Stream 2 on the back of Russia’s incursion into Ukraine, sending TTF spot prices up by 10% on the day, to €80 per MWh ($29 per mmBtu).

OPEC+ Compliance Continues To Be A Problem. According to media reports, OPEC+ compliance with its oil production targets rose to 129% in January, up 7 percentage points from December 2021, with underperformance being even more prevalent for the OPEC-10, standing at 133% last month. Related: OPEC Is Ready To Embrace $100 Oil

US LNG Feedgas Flows Hit Record Highs. Just as Venture Global’s Calcasieu Pass is set to start commercial production, though only 4 out of 18 liquefaction trains are operational, US LNG feed gas flows have been trending at record levels of 13 bcf per day.

TotalEnergies Marks Another Major Suriname Discovery. French major TotalEnergies (NYSE:TTE) and its partner APA Corporation (NASDAQ:APA) have made a significant oil discovery in Block 58, offshore Suriname, with its Krabdagu-1 well encountering a net pay of 90 meters, the fifth major find in the South American country.

Qatar Confirms Little Maneuvering Capacity. According to the Qatari energy minister Saad al-Kaabi, Qatar can divert only 10-15% of its exports to customers without contracts, saying that it is ‘almost impossible’ to supplant Russian gas supplies into Europe.

Beaumont Refinery Lockout Finally Ends. Union workers locked out of their jobs for 10 months voted to accept an updated contract offer from ExxonMobil (NYSE:XOM), allowing the 370,000 b/d Beaumont, TX refinery to avoid a wildcat strike and return to normal operations.

Canada Stops Funding Trans Mountain Amid Ballooning Costs. Canada’s government announced that it would stop further public funding for the prospective 890,000 b/d Trans Mountain oil pipeline after its costs had surged 70% to $17 billion and its completion date shifted nine months to Q3 2023.

Somalia is Not Yet Ready for Exploration. Somalia’s Prime minister clashed with his own Energy Ministry and disavowed an oil exploration deal signed with US-based upstream firm Coastline Exploration, arguing that no deals can be signed in the pre-election period.

Pentagon to Build Up Lithium and Rare Earths Stockpiles. The US Department of Defense is reportedly planning to boost its strategic stockpiles of rare earth minerals, lithium, and cobalt to reduce its dependence on China, with domestic production remaining rudimental.

Sri Lanka Runs Out of Fuel. Attesting to the ongoing travails of emerging economies with little foreign exchange reserves, Sri Lanka has launched an emergency diesel tender as the country is left with only three days worth of gasoil consumption.

Nickel and Aluminium Feel the Russian Heat. Prices of nickel and aluminum soared to multi-year highs on concerns over supply disruption from Russia, with the latter reaching a ten-year high, trading at $24,500 per metric tonne on Tuesday.