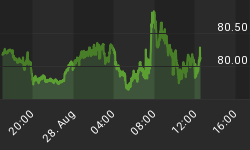 As the holiday season sets in, oil prices are holding steady with a relatively low level of trading. It appears that the OPEC effect is slowly fading, reducing the volatility that we have become all too accustomed to.

• The U.S. electric power sector is expected to see 26 gigawatts (GW) of new capacity in 2016.
• The additions are led by solar (9.5 GW), natural gas (8.0 GW) and wind (6.8 GW), with some minor contributions from other sources.
• 2016 will be the first year in which utility-scale solar accounts for more added capacity than any other generation source.

• BP (NYSE: BP) has agreed to purchase controlling stakes and licenses in offshore natural gas acreage off the coast of West Africa from Kosmos Energy (NYSE: KOS) for $916 million.
• BP also upped its stake in an Abu Dhabi oil field, a $2.2 billion all-stock deal that gives BP access to 20 to 30 billion barrels of oil.
• RBC analysts selected 8 master limited partnerships that should do well under the Trump administration. The government’s pro-infrastructure, pro-energy stance will be good news for pipeline companies, and RBC chose 8 MLPs to keep an eye on in 2017: EPD, DM, MPLX, PSXP, SMLP, SXL, WES, WMB.

Oil prices were up slightly to start the week, but trading has been relatively light due to the holiday season. With the OPEC and non-OPEC negotiations in the rear-view mirror, there are fewer headline catalysts for oil prices, softening volatility a bit. The U.S. added more rigs to the shale patch last week, further evidence that the industry is getting back to work. Weekly production figures also continue to climb. Meanwhile a handful of terrorist attacks were seen around the world on Monday – the assassination of the Russian ambassador to Turkey and the running down of about a dozen people in Berlin by a truck. Oil markets, however, did not seem rattled by the horrific news. Related: Rosneft To Ramp Up Global Expansion Under Trump

Libya restores disrupted supply. On Monday an oil tanker docked at the Es Sider port, Libya’s largest crude oil export terminal, to load the first cargo following two years offline. The port reopened in September but has been under repair since then. Before the outage, Es Sider exported 350,000 bpd of supply. Other ports have come online in recent months, allowing Libya to double production to 600,000 bpd. The country has a target of ramping up to 900,000 bpd next year, and Es Sider will be crucial to the achievement of that target.

Obama could block Arctic drilling indefinitely. While the Obama administration has already withdrawn lease sales for the Chukchi and Beaufort Seas as part of the Interior Department’s Five Year Drilling Plan for 2017-2022, President Obama is reportedly considering a bolder move to block Arctic drilling more or less permanently. Bloomberg reports that the President could use a 1953 law that would allow him to remove U.S. waters from future lease sales. The law has been used to conserve sensitive marine areas such as coral reefs, but environmental groups have been pressing him to invoke the law to make it more difficult for future administrations to open up the Arctic for drilling. There is not much of a legal precedent on this issue, so the effect would be uncertain. On the one hand, the move could make it difficult for the Trump administration to reverse, delaying Arctic drilling for years. On the other hand, it could backfire: a Republican-led Congress could vote to repeal the law altogether, removing the ability of future presidents to conserve marine territory. Bloomberg says a decision could come as soon as Tuesday.

Trump’s border-adjustment tax. President-elect Donald Trump has suggested that he would propose a border-adjustment tax, essentially a tariff on imports in order to incentivize American-made manufacturing for export. The move could tax oil imports, while encouraging domestic producers to export at higher prices. However, that could raise prices for refiners, which would pass on higher costs to consumers. A new report concludes that Trump’s tax would be a boon to domestic drillers but would raise gasoline prices by 30 cents per gallon. The report was funded by the Koch brothers, marking an unusual battle between the oil magnates and the Republican Party.

Shale gas wins victory in UK. Britain’s High Court said that a fracking permit awarded to Third Energy was legal, clearing the way for shale gas drilling in the UK. The permit for drilling in the north of England has been controversial, with environmental groups hoping to stop development. But the court decision should ease the way for further development, a major win for the industry.

Oil speculators take bullish stance. Hedge funds and other money managers have cobbled together the most bullish position on crude in more than two years, selling off shorts and purchasing more and more long positions. The surge in net-length in oil futures suggests investors are optimistic about an ongoing rise in oil prices, but the buildup in positions risks a liquidation if OPEC does not deliver on the promised cuts.

BP moves into growth mode. After years of cutting spending and personnel in an effort to right-size the company after the 2010 Deepwater Horizon disaster and the fall of oil prices beginning in 2014, BP (NYSE: BP) has finally shifted into a growth phase. The British oil major has spent more than $3 billion in just the past week, purchasing larger stakes in an Abu Dhabi oil field and an offshore natural gas play off the coast of Mauritania and Senegal. Those moves come on the heels of several other investment decisions: the $9 billion Mad Dog phase 2, an offshore oil project in the Gulf of Mexico; the purchase of a position in Eni’s (NYSE: E) Zohr gas field off the coast of Egypt; and a major expansion of an LNG project in Indonesia over the summer. “It’s time for BP to start growing,” Dudley told Bloomberg TV. Related: Traders Most Bullish On Oil Since 2014

Rosneft could also see growth. State-owned Russian oil firm Rosneft could be set for a period of growth in 2017 as higher oil prices and seemingly much friendlier relations from the incoming Trump administration could lead to the removal of sanctions, boosting Rosneft’s prospects for new drilling, according to Wood Mackenzie. Key to that equation is ExxonMobil’s (NYSE: XOM) CEO Rex Tillerson, who could push for the removal of sanctions, which would allow his company to drill with Rosneft in the Russian Arctic. Also, the Russian government just sold a 19.5 percent stake in Rosneft to Glencore (LON: GLEN) and Qatar’s sovereign wealth fund, which meant “a tectonic shift in the way the country is perceived by investors,” WoodMac says.

Dollar rises close to 14-year high. The U.S. dollar continues to strengthen following an interest rate hike by the Federal Reserve. Fed Chair Janet Yellen also spoke about the strength of the job market, which foreshadows future tightening. Meanwhile, terrorist attacks in Turkey and Germany are pushing down the euro.

Honda unveils fuel-cell vehicle in California. Honda Motor Co. (NYSE: HMC) began delivering its new hydrogen fuel-cell car to select dealerships in California, introducing the highest driving range for any zero-emissions vehicle – the car is able to drive 366 miles on a charge, and is currently being leased for $369 per month for 36 months with $2,868 due at signing. The vehicles are not expected to garner huge sales figures, but the new model demonstrates yet another effort at mainstreaming a zero-emissions vehicle.