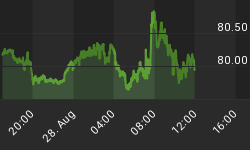 Guyana has become a hotspot…

The fog is starting to lift for metals producers, as the race for dominance in electric vehicle markets is heating up.

Like many markets, metals have hit rock bottom in recent months as the Coronavirus pandemic combined with oversupply took a heavy toll, but the forecasts are changing.

Suppliers had been overly optimistic about demand, with 2018 seeing a peak in metals such as lithium and cobalt, causing prices to tumble more than half from their peak that year. Just when the market was starting to see recovery, the pandemic hit and set off a demand slowdown that took away hope for strong recovery anytime soon.

Now, the tide is starting to turn, according to leading executives and analysts in this industry.

Kent Masters, CEO of the world's largest lithium producer, Albemarle Corp., expects a strong market by 2022. He's in agreement with BloombergNEF and other analysts on electric vehicles.

Nickel, aluminum, phosphorus, and iron are expected to lead the way during this decade, while copper, graphite, and lithium also expected to do very well. Government incentives in China and Europe will also bolster demand for these metals.

Battery costs are falling too as major battery manufacturers battle for supplier contracts with Tesla, Volkswagen, General Motors, Ford, Toyota, Honda, BMW, Daimler, and other global automakers. It’s yet another factor being considered for strong sales growth for these metals in EV batteries.

There’s reason to be bullish “over the next few years once we get through the current predicament,” said Chris Berry, president of House Mountain Partners, an industry consultant. “The European Union, in particular, is essentially rebuilding their automotive supply chains around battery metals, and incentivizing EV adoption. The Chinese have re-instituted the EV subsidy regime as well.”

The demand will clearly be there, according to BloombergNEF. The analyst firm expects global electric-vehicle sales will return to growth over the next few years. Sales should be rising from 2 million last year to 8.5 million by 2025, then climb to about 26 million by 2030.

The market for cathodes, the most common element in EV batteries, is expected to reach $58.5 billion in size by 2024 from $7 billion in 2018, according to a United Nations report. These outlooks have led Albemarle Corp., to expect a market turnaround by 2022.

Demand is already starting to pick up, according to Masters, Albemarle's new CEO. Related: Russia Eyes Another Massive Gas Pipeline To China

“It will ramp up and use up that excess supply,” Masters said. “And in time, there’ll be a play where demand outstrips supply and pricing will change dramatically.”

EV makers will see a surge in lithium prices, raising the bar on making EVs more cost competitive to potential buyers. Battery-grade lithium prices could surge up by about 42 percent in 2022 from their current levels. That comes from “rising conviction” on EV demand from reactivated Chinese incentives and new subsidies coming up in Europe.

Cobalt is facing similar supply constraints during the pandemic. Top producing cobalt market, the Democratic Republic of Congo, had already been feeling the squeeze. Along with the Coronavirus, Glencore Plc’s Mutada copper and cobalt mine had already shut down last year. Mutanda provided about one fifth of the world’s cobalt production in 2018, according to Darton Commodities.

Battery-grade nickel should see a tight balance in the next two to three years as demand for lithium-ion batteries picks up, said BloombergNEF analyst Allan Ray Restauro. There could be a significant supply deficit as early as 2023, when nickel prices start to recover, Restauro said.

Oil prices reaching historic lows hasn’t been enough to take China off its path toward converting over to EVs. China will be doubling down on its push into “new energy vehicles” through a range of incentive programs.

Germany set up a recovery budget of about 130 billion euro ($146 billion) that allocates about 41 billion euros to public transport, EVs, and renewable energy. France is putting about 8 billion euros into a stimulus package for the auto industry. That will focus mainly on the domestic EV supply chain.

Enthusiasm over Tesla’s vehicles and stock prices is fueling hopes for higher battery metal prices. The company has seen a 280 percent share-price rise since mid-March. This has come about as Tesla new vehicle deliveries had a 4.9 percent decline in the second quarter compared to quarter a year ago.