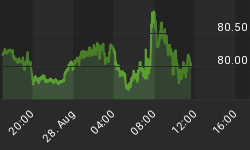 Canada’s PM Justin Trudeau sparked outrage earlier this month by saying the Alberta oil sands need to be “phased out”. Because the oil sands industry is the third-biggest employer in the province, the outrage is easily explained, even though Trudeau acknowledged that the phase-out wouldn’t happen overnight.

The province is estimated to hold the world’s third-largest oil reserves.

“The oil sands make an easy target. The aerial shots are ugly. In a perfect world, they wouldn’t exist; it would all be boreal forest. Flyovers would be organized to see marauding herds of caribou instead of eerie images of molasses-like pits of bitumen. In that same utopia, our cars and planes would not be powered by fossil fuels, either. Sadly, we’re not there yet.”

Because the Mordor-like landscape of the oil sands makes for an obvious target, its opponents often tend to overlook environmental problems caused by other industries in Canada, as another observer, CBC’s Anthony M. Sayers, notes. Sayers mentions, for example, the car manufacturing industry in Ontario, which produces more carbon than the oil sands, and the coal industry, which accounts for the biggest portion of the port of Vancouver’s bulk exports, at 35.1 million tons for 2015.

Trudeau and his government are certainly aware of this. They are also aware that the oil sands industry is a major contributor to Canada’s GDP. The green agenda is important, but so is the bigger economy, hence Trudeau’s November approval of two pipeline projects that will carry oil from the oil sands. As he said at the time, output from the oil sands is growing, and the country’s pipeline network is working at capacity. Related: Oil Prices Could Reach $60 This Year: Novak

In this context, the Prime Minister’s phase-out statement starts looking more like a voter-winning tactic than anything else, at least in the medium term, especially when we add the fact that Trudeau is this week in Calgary to discuss oil sands with the local government and the people. In the longer term, the green agenda could prevail, as long as the local and national governments and businesses find an adequate way to replace the employment and revenues from the oil industry with equally viable alternatives.

The oil sands industry itself is putting efforts into reducing its carbon footprint, acutely aware of its image as the Big Bad Wolf. One recent report from the Canadian Imperial Bank of Commerce says that oil sands companies are working on new technologies that will simultaneously reduce their emissions and boost profitability. Extracting the bitumen from wells and wider adoption of centrally automated processes are among the advancements being made, along with lower construction costs and the shift to smaller central processing facilities.

At the end of last year, as oil prices started to recover, the oil sands players made it clear that they are more than ready to swing back to growth after a couple of tough years. The oil sands saga is far from over, then, despite the vocal environmental opposition. As soon as this opposition becomes more consistently productive, suggesting ways of replacing the revenue stream from the bitumen fields with another equally large one, things might indeed start to change.