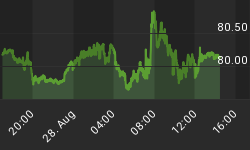 Is sand the next battleground for energy development? The early salvos are taking place in Minnesota’s Winona County.

In late 2016, Winona County commissioners voted to ban what the Minneapolis Star Tribune phrased in its report “the highly contentious industry of frac sand mining.” According to the report, opponents of frac sand mining “fear destruction of scenic bluffs along the Mississippi River, health problems from blowing silica sand dust, contamination of groundwater, and damage to roads and more accidents from the trucks that cart sand to and from transportation hubs.”

The ban was passed by the county board of commissioners by a vote of 3-2 in November 2016. It prohibits the mining, processing or trans-loading of frac sand in Winona County.

Minnesota Sands, LLC, a proppant provider, filed a lawsuit this week to challenge Winona County’s ban on the mining of sand for use in the energy industry. The company said it has one of North America’s largest deposits of highly sought 100-mesh silica sand and it is preparing to mine the resource as the shale producers continue to boost drilling and completions.

“We are extremely fortunate to have this valuable local resource here that can benefit the people who live, work, and own property in Winona County,” said Rick Frick, president of Minnesota Sand. “Banning this type of mining based on the end use of this resource is not only unconstitutional, it takes away the rights of landowners and defies common sense.” Related: Why Is China Buying Up These Unprofitable Natural Gas Assets?

Okay for cows, but not for fracs

The ban is part of an amendment to the Winona County Zoning Ordinance that prohibits mining, processing, or loading “industrial minerals” in rural parts of the county. The amendment allows mining sand for uses like construction and dairy cow bedding, but bans mining sand for other uses, such as the hydraulic fracturing of oil wells.

“The ban has not changed the fact that the energy industry in the U.S. has dramatically recovered from recent economic challenges and there is now a growing need for the kind of silica we are lucky to have here,” Frick said. “It has instead hurt people here and ignores the fact Minnesota already has a very rigorous and thorough approval and review process for any mining project.”

The Southeast Minnesota Property Owners filed suit in March, claiming the ban violates equal protection, due process, and private property rights. Their group represents other Winona County residents who either own silica sand deposits or have an interest in potentially mining or processing silica sand.

“In addition to the County Board stopping our company from being able to move forward with a project that will create jobs and other positive economic impacts for our community, their ban means taxpayers will now have to defend two lawsuits.”

Minnesota Sands reports more than 3,000 acres of land with potentially over 250 million tons of monocrystalline silica sand that meets the American Petroleum Institute (API) specifications for use as a proppant in the hydraulic fracturing of oil and gas wells. The company reported the 40/70 sized product has demonstrated it can withstand over 12,000 pounds per square inch (psi) of pressure.

More sand is the key

More and more shale developers are increasing the amount of proppant (sand) in their completions. In October, Chesapeake Energy (ticker: CHK) reported setting a record with the amount of sand it used in one of its monster fracs. Chesapeake called it Prop-A-Geddon after it pumped 50,185,300 pounds of sand down into a single well during the completion. That’s 25,000 tons of sand per well if the same size completion becomes more common.

Also in October, Halliburton (ticker: HAL) and U.S. Silica Holdings, Inc. (ticker: SLCA) announced that the companies had moved a record breaking unit train carrying nearly 19,000 tons of U.S. Silica White® frac sand from Ottawa, Ill., to Elmendorf, Texas. According to the companies’ press release, the train was the largest frac sand unit of its kind shipped to date in North America. But it’s still not enough to frac one Chesapeake “Prop-A-Geddon” well.

Is Now The Time To Make Long Bets In The Oil Market?