Since the Kurdish referendum in late September, when Iraqi Kurds overwhelmingly voted for independence from Iraq, there has been a drop in crude flows through the Kirkuk-Ceyhan pipeline, as tension has ratcheted up in the region.

After exports from Ceyhan averaged 540,000 bpd through the first nine months of the year, loadings of Kirkuk crude dropped to 430,000 bpd in October, and are lower once again in November, after Iraqi government forces reclaimed Kurdish oil fields last month.

The Iraqi oil minister, Jabar al-Luaibi, announced last week a preliminary agreement to export oil from the Kirkuk oil fields to Iran. Until a pipeline is constructed to move the crude, the oil will be transported via tank trucks.

The leading destinations for Kirkuk crude are Israel, Italy, Greece, Croatia and Spain, which account for eighty percent of flows (hark, below). 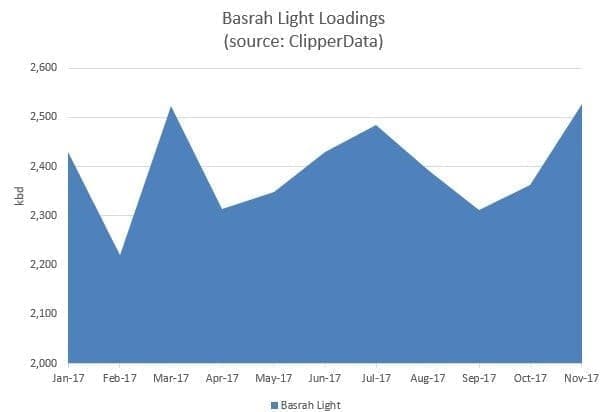 Jabar Al-Luaibi also announced last week that exports out of the southern part of the country would rise 200,000 bpd to offset halted production in the north. Exports from southern Iraq of Basrah Light and Basrah Heavy have averaged 3.2 million barrels per day through the first ten months of the year, with Basrah Light accounting for nearly three-quarters of these loadings. Related: Saudi Arabia’s Risky Market Share Sacrifice

As Ceyhan loadings out of Kirkuk crude dip, we are just starting to see a response in southern Iraqi crude exports. Loadings of Basrah Light so far in November are at their highest pace since September of last year, lifting total southern Iraqi exports so far this month to the highest since March. 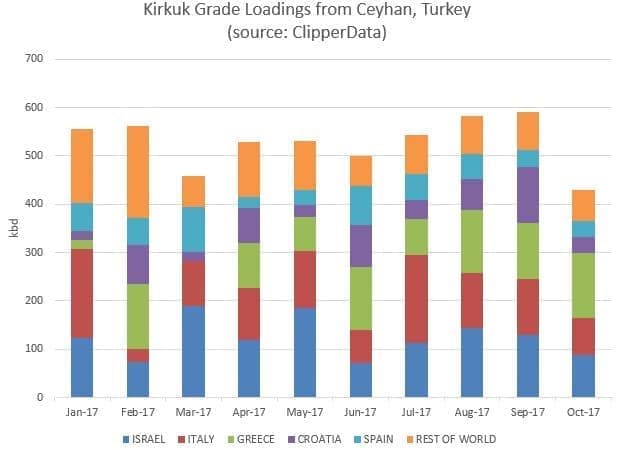 Another fascinating development since the OPEC production cut deal started has been that Iraq has dramatically increased its exports of fuel oil. As the chart below illustrates, fuel oil exports have outpaced year-ago levels in every month this year.

There are two scenarios which could explain this sudden ramp up in fuel oil exports. One scenario is that Iraq is processing more crude through its refineries, and is optimizing fuel oil exports. Another scenario is that Iraq has stopped blending fuel oil into its crude exports, to minimize the volume of exported crude, to appear more in line with the OPEC production cut deal. They have wiggle room to export more crude.

According to the IEA, Iraq blended an average of 150,000 bpd of heavy fuel oil into exported crude oil in 2011. Three-quarters of the way through 2017, and Iraqi fuel oil exports this year are already three times more than last year's total. 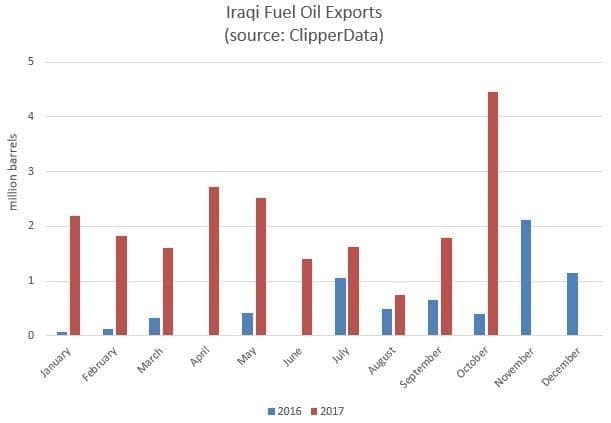