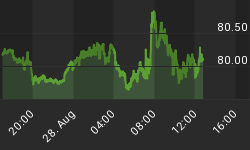 On 31st May, OPEC (the Organisation of Petroleum Exporting Countries) will meet to review its target for oil production for the year, which will help ensure that supply from its members is sufficient to meet demand.

As OPEC prepares for this meeting, Suhail Mohammed al Mazrouei, the energy minister for the United Arab Emirates (UAE), has announced that his nation believes the current crude prices are “suitable and fair.” Of the 12 member countries that form OPEC, providing 40% of the world’s crude oil

Al Mazrouei, who took over as the new energy minister for the UAE in March of this year after a cabinet reshuffle by Prime Minister Mohammed bin Rashid al Maktoum, explained that OPEC is currently producing 30.4 million barrels a day, just a “little above the organization’s target, and this reflects the demand on its crude.” The high demand has forced higher production, justifying the high prices.

Bloomberg reported that Al Mazrouei expects growth in global demand for crude oil to be “relatively weak this year,” increasing by just 800,000 barrels a day.

On Monday Brent crude futures were selling at $102.38 a barrel on the London-based ICE Futures Europe exchange, and the US West Texas Intermediate contracts for July were trading at $93.50 on the New York Mercantile Exchange.