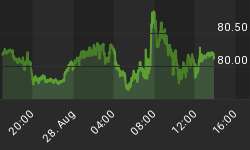 The Single Biggest Threat And Opportunity For U.S. Utilities

This is the question that a venerable  publication catering to utilities and regulators, Public Utilities Fortnightly, asked: “When will climate change represent a tangible threat to utilities?“

Our first reaction was, “When? Haven’t they noticed yet?” Then we asked ourselves, “Why only a threat? Why not also an opportunity?”

Here is the threat scenario. The US electric utility industry will, at some point, have to retire its fossil-fueled power generating stations. Billions of dollars worth. At present, these assets are owned by corporations, munis or co-ops but they are ultimately the financial responsibility of utility ratepayers. However, this financially attractive state of affairs presupposes that utility customers remain connected to the grid. If the “cord cutters” movement spreads from the cable to the electric utility industry, the ability to recover costs and earn a return on underappreciated plants may gradually erode if more and more consumers choose to disconnect from the network. If customers install solar panels, windmills or whatever, they will no longer require the services of the local utility. And this does not pertain solely to residential load. Large commercial and industrial loads, with enormous electrical requirements but equally enormous financial resources, may also choose to build their own generators and networks. Communities also have the ability in many places to establish microgrids that would also fully displace the local utility. If enough consumers at all levels choose to “grow” their own electricity, which is now technically and financially feasible, then there is no need for the local electric utility. It goes the way of the trolley or the T-Rex. Both extinct.

Well, the electric industry will have to write off plants, especially coal-fired units that utilities removed from rate base and gave to unregulated affiliates in the hope of making big money, but regulators have generally permitted utilities to recover write-offs of regulated plants.

In addition, climate change will force utilities to move or otherwise abandon assets in low lying riparian locales as well as harden plants for future climatic disturbances. While just a trickle at present, our utilities also must confront possible wholesale movements of the population out of a portion of the service area.

Now, look at the other side of the coin. First, the big, utility-scale renewable projects cost less than on-site small facilities. Of course, they require battery backup and this storage is costly right now. Second, individuals with renewable resources still by and large need electricity backup provided by the franchise owning utilities. The price of off-grid, energy independence is rather high if it entails solar plus adequate battery storage. Third, and this is the key issue, will consumers desiring clean, sustainable electricity gradually begin to require that it be homemade or locally sourced? Or is it adequate that their local utility provides energy that is clean, sustainable and reliable?  If the former is the case, then electric utilities and their investors are in for a world of hurt as the saying goes. If it’s the latter, then utility managers are staring at a huge business opportunity. There are no easy risk-free choices here as far as management is concerned.

Here’s the problem. The utility industry seems to have settled into the notion that it can assume a rather leisurely pace in winding down its fossil power generating assets. Companies touting a green generating fleet by 2050 are in essence committing to the status quo for another generation. If we are to believe Energy Information Administration projections and the generally complacent signals we get from industry leaders, an attitude of —“Let’s do it carefully. Let’s not do anything that will cause financial dislocation for the companies that will eventually get us off fossil fuels. Let’s not endanger existing investment”— is prevalent.

We see two risks with the existing complacency. First, electric companies exert considerable political influence. However, we are not certain that the political winds will remain propitious for another generation long replacement cycle involving fossil fuels. It is not unthinkable that “clean energy” remains politically resonant with politicians who in turn commit to some program of regulatory reform. This could easily mean that a new generation of gas-fired power generating assets are written off at shareholder expense long before the end of their useful lives.

Second, the enormous incremental electricity demand of a gradually electrifying transportation sector — both for capacity and new infrastructure — may be the biggest market opportunity the electric industry has had in decades. We doubt that people will buy clean, green electric vehicles in order to consume “dirty” electricity. As a commodity, we have long argued that “branding” or marketing electricity like other consumer products was a mistake. This may no longer be the case as both consumers and corporations make their preferences clear.

We have worked through the numbers more than once (see columns on Feb.18 and March 14). It looks as if the US electric utility industry will have to spend $4.5 trillion to decarbonize and another  $2.5-$3.5 trillion to replace its aging plants with modern equipment. We believe the electric industry can reduce its carbon emissions by two thirds without dislocation (after which it gets harder). And this would put the industry on a solid financial footing for the future without government money — unlike every other industry in the US it seems. The price increase to consumers to pay for a new, green electric infrastructure remains in the modest single digits. These are levels we believe state regulators would find manageable even under economically straightened circumstances.

Right now, substantial incremental investment in electric infrastructure, for “greening”, hardening, resilience and replacement looks like a huge opportunity. Simply stated, regardless of the environmental path taken, US electric companies will spend trillions of dollars on capital equipment in the next twenty years as the industry enters an asset replacement cycle. Why not do it right and commit to an accelerated phase-out of aging fossil assets and a new-build replacement cycle with emphasis on renewables? Convert climate threat to climate opportunity.

By Leonard S. Hyman  and William I. Tilles