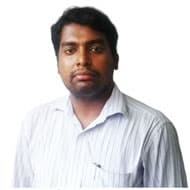 Rakesh Neelakandan, Content Editor with www.commodityonline.com; a commodity information portal based out of India, is relatively new to the profession of journalism. Previously he was…

Crude oil prices invariably hinge on two factors for the medium term: Turkey-Syria relations or the lack of it and the Iran issue.

EU leaders think that Iran has enhanced its Uranium-enrichment capabilities apparently setting the latter in a position from where it could pluck a bomb from the blue. The fruit is increasingly becoming low-hanging, it has to be assumed.

Now, chances are more that a surgical strike targeting Iran nuke facilities is in the pipeline. But, the possibility of a glitch in this particular pipeline exists as Presidential elections in US looms.

It is clear and apparent that Israel will not be that audacious to launch a strike on its own on Iranian facilities without the blessings of Uncle Sam.

And as long as the US President is elected to the Oval Office for a fresh new term, political acumen of the basic degree suggests that nothing, one may repeat, nothing is going to happen that would considerably set a wave of unpredictability marching on to the shores of political landscape in US. No strikes would be carried out, as such an initiative may severely affect the US public opinion and set it up for an an insane roller-coaster ride. This is an anathema in election times.

Even the British PM David Cameron has hinted that it would be an inauspicious time to hit Iran as Iran could still get away with the image of a victim.

Now, this situation would have some vital consequences as far as the crude oil prices are concerned.
Given the lack of stability in the Middle East, the presidential candidates especially Mitt Romney may come up with ugly comments on the unstable landscape there: he already has. This, in effect may prompt reactions from the current US President that may be used as cues by crude oil futures.

Naturally, volatility in futures would be the rule.

Now when it comes to Turkey-Syria relations, things could turn out to be worse. Turkey is confidently firing across the Syrian border on two accounts:

1. Syria is already mired in a civil war. Hence Assad will not be in a position to be aggressive beyond a point as he is already busy with his 'home-works' and head aches.

2. Turkey, unlike Syria has NATO support. If Syria decides to attack Turkey by firing all cylinders, in an either-me-or-you-war, NATO can chip in. Specifically, this is the factor that gave Turkey the courage to ground a Syria bound civilian air craft from Russia and come up with the news that the plane had carried ammunition.

Now, Syria cannot be lame when Turkey attacks it and in order to maintain good humor amongst his dwindling base of supporters, Assad will continue with attacks although on a subdued scale.

Another factor is that Turkey too would no want a full-blown war with Assad as that may help Assad to rally all domestic support and help him be friends with the current rebels in Syria and fight the war against Turkey—foreign enemy--shoulder rubbing against shoulders between erst while rebels and Assad's soldiers. This would be the most disgusting outcome of a potential war as far as Turkey is concerned.

This situation of semi-war too smacks of uncertainty and holds prospects of conflict escalation making crude oil prices highly volatile. Add to this, the consequences effected by data releases every week on economies including Eurozone, China and US and the picture becomes clear.

Rakesh Neelakandan, Content Editor with www.commodityonline.com; a commodity information portal based out of India, is relatively new to the profession of journalism. Previously he was…