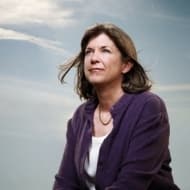 Are both energy security and climate policy best addressed by the same policies, or do policies that are best for one goal possibly compromise attainment of the other goal?

The argument is that reducing fossil fuel combustion should increase energy security while also reducing potentially harmful climate change. Although we have two policy goals, they should be treated as one, since one policy instrument can simultaneously further both goals. To examine this argument more carefully we need to discuss what we mean by energy security and climate policy. We also need to investigate the range of policies that could address the two policy goals. Only then can we assess whether both goals are best addressed by the same policies, or whether policies that are best for one goal might compromise attainment of the other goal.

Several policies have been proposed to deal with energy insecurity. Longer term energy security for the world can be increased most effectively by diversifying energy sources and the range of regions from which they come, and especially by increasing supply from more stable countries. Increased substitutability among energy sources also increases resilience to supply disruptions. National energy security is also enhanced by a greater variety of domestic energy sources.

More generally, fossil fuels are essential for modern economic activity, and curtailing their use will reduce economic growth by raising the cost of energy. However, burning them adds CO2 to the atmosphere, and since CO2 is a greenhouse gas, this should raise global surface temperatures and may trigger other harmful changes in climates. Although there is much uncertainty about the character, size and geographic distribution of these effects, it has been asserted that significant and immediate reductions in fossil fuel combustion are needed to avoid significantly harmful climate change. However, limiting CO2 emissions is not the only possible policy response.

I will classify climate policy actions into five categories. The first is reducing the emissions of greenhouse gases, particularly CO2.

A second category of responses involves an offsetting sequestration of CO2. Already CO2 is used for enhanced oil recovery, although the permanence of such sequestration has been questioned. Since the alternative of more permanently burying CO2 in underground reservoirs does not produce anything worthwhile in exchange, however, it is very expensive and unlikely to be used on a large scale without further technological innovations.

Another set of sequestration proposals relies on the fact that CO2 is an input into photosynthesis. Planting forests, or reducing deforestation, sequesters some CO2 until the wood decays. Since partially oxidized plant material (charcoal) is slow to decompose, burying it sequesters carbon for a long time and can improve soil quality. However, this could be expensive to do on a large scale. Algae that have been genetically engineered to produce compounds that can be turned into synthetic liquid fuels could be grown in CO2-enriched greenhouses. The CO2 released when these fuels are burned is recycled CO2. The same idea underlies producing ethanol and other biofuels from sugars produced by plants. Proposals to seed the oceans with iron also aim to enhance the absorption of CO2by phytoplankton. Some of the additional carbon compounds so produced would fall to the ocean floor to be sequestered for a long time.

A third category of responses to the threat of climate change involves various geo-engineering projects aimed at increasing the direct reflection of incoming solar radiation. One way to do this is by increasing the amount of low cloud cover.

The fourth category of responses involves reducing the probability of harmful consequences from climate change. For example, levees or dykes, or depopulating low lying areas, can help reduce the chance of damaging floods. Improved building materials, and more stringent building codes, can lessen damage from strong winds. Better weather forecasts can help people get out of harm’s way. Crops can be made more resistant to droughts or wet weather and farmers can be given better seasonal weather forecasts.

The fifth category of responses involves taking better measures to deal with damaging weather events after they occur. Primarily, this would involve improving civil defense responses to disasters. Other examples of policies in this category include stockpiling emergency medical and food supplies, faster provision of temporary housing, and better planning of evacuation routes.

When many policies could address an issue, most people are likely to conclude that we should use all of them. The economic approach, however, argues that we should compare costs and benefits and implement first those policies with the lowest expected costs for a given level of expected benefits. In making these cost/benefit assessments we need to include indirect effects as well as the direct ones. In particular, if a policy eliminates benefits that would otherwise have accrued, the foregone benefits should be counted as an additional cost.

From this perspective, the main problem with an immediate shift to non-fossil fuel sources is that it would be enormously expensive. Large amounts of capital invested in the current system for producing, delivering and using energy will have to be replaced if fossil fuels are eliminated. Since the investment funds could instead be used for other purposes, replacing otherwise productive capital would reduce prosperity and economic growth.

In addition, alternative sources of energy currently are much more costly than fossil fuels, especially when one takes account of limitations such as their frequent unavailability and extreme short term variability, the inability to schedule their time of supply, their remoteness from markets, their low energy density, and their non-CO2 related environmental costs. Research could likely ameliorate some of these problems, and some subsidization of basic research into energy technologies could be justified as part of an efficient energy policy, but it will take time to solve the problems.

Meanwhile, technological developments in producing natural gas from shale have substantially increased estimated economically recoverable reserves. The consequent reduction in current and expected future natural gas prices will increase use of natural gas, which is the least carbon-intensive fossil fuel. This will reduce growth in CO2 emissions in a way that does not raise energy costs and reduce economic growth.

The finite supply of fossil fuels means that their costs eventually will exceed the cost of alternatives, at which point CO2 emissions will rapidly decline. In the meantime, continuing CO2 emissions will have some beneficial effects that offset costs from climate change. Numerous studies have shown that abnormal cold snaps have more adverse direct effects on health than do abnormal heat waves. Consistent with this finding, significantly more people die on average in the winter than in the summer.

Experiments have shown that increased CO2 increases plant growth, makes plants more resistant to drought, disease, low light conditions, and pollutants such as ozone, and increases yields of seeds or fruit. These beneficial effects have also been observed around natural CO2 seeps, while their commercial value has been demonstrated by adding CO2 to greenhouses. The free fertilizer provided to farmers worldwide by continued CO2 emissions over the next few decades could be essential for feeding the world population in 2050.

In addition, the effects of CO2 on climates will vary geographically, and not all the changes will be harmful. In particular, Russia, Canada, and Northern Europe could be expected to benefit considerably from less severe winter cold, while their important grain producing areas would benefit from longer growing seasons. Some economists recently estimated that the predicted changes in temperature and precipitation would likely increase the value of agricultural output in the United States even if farmers did not alter practices to better exploit the new conditions. The calculation also did not take into account the increased agricultural productivity from the direct fertilizer effects of CO2. Similarly, throughout European history, economic and social progress tended to be more rapid during warm climatic phases, such as the Minoan, Roman and Medieval warm periods, than in cold periods, such as the Dark Ages.  A possible reason is that agriculture in Europe was more productive in warmer periods.

The latter discussion raises another point. Climate is always changing both naturally and as a result of other anthropogenic actions such as land clearing, large-scale irrigation, and urbanization. Controlling the concentration of CO2 in the atmosphere at best does something about just one source of climate change. Climate will still change regardless of what happens to CO2. This reduces the value of investing in technologies to control CO2 by reducing the certainty of their benefits. Furthermore, the larger the non-CO2 components of climate change, and the more variable the effects geographically, the stronger the case for limiting the chance or magnitude of harmful consequences from climate change, or taking measures that improve recovery from damaging weather events regardless of the source. Such measures would also enable us to retain any benefits of increased CO2 in the atmosphere. The fact that many policies for handling damaging weather events would also be useful for events such as earthquakes or terrorist attacks further reduces their cost/benefit ratio.

Finally, if fossil fuel use can be restricted in developed countries alone the cost/benefit ratio becomes more unfavourable. Developing countries will not slow their economic growth by avoiding low cost fossil fuels. As those with large populations increase their standard of living, their increased CO2 emissions already are swamping reductions made elsewhere.   For example, CO2 emissions from energy consumption in China increased by more than 167% over the decade 1999–2009, while the absolute increase in India over the same period was around two and a half times the decrease in the United States.  Continued growth in CO2 from developing country emissions reduces the marginal benefits of reducing emissions in developed countries. In fact, raising the cost of energy in developed economies alone could even raise global emissions. Industry will shift to developing countries, where energy efficiency tends to be lower, while industry relocation would increase transportation energy use.

In summary, meaningful global controls on CO2 emissions will not be instituted before alternatives to fossil energy become competitive. At that time, policies to force reduced fossil use will be unnecessary. In the interim, policies encouraging basic research to lower the cost of new energy technologies, limiting the harmful consequences from climate change, or contending better with damaging events of all sorts would yield greater expected benefits for comparable expected costs. For the United States and Canada, in particular, constraining fossil fuel use over the next few decades will come at a high cost in terms of reduced energy security.

This is an abbreviated version of a paper that Professor Hartley presented at an energy conference in Houston on January 20, 2012. The slides from his presentation and a full version of the paper are available [here].

JC comment:  Several days ago, I received an email from Peter Hartley, with a copy of his paper.  I encouraged him to do a guest post at Climate Etc., and this essay is the result.  I ‘m trying to remember if I’ve previously come across a more insightful and sensible essay on energy and climate  policy, and I can’t think of one.

Self-Sufficient Floating Cities to be Produced by 2025