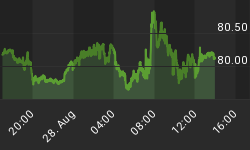 Not really, the consensus in the media seems to be. Press reports describe the supporting cast in the Doha drama— Venezuela, Angola, Nigeria, and Ecuador among others—as desperate for a freeze but impotent and unable to influence the outcome. Meanwhile, the stars of the show are hesitating to take action. Iran, considered critical to success, is hostile and determined to add one million barrels to its daily output; the Saudis are reluctant participants with little to gain from a freeze; and the Russians, are engaging in nothing more than pokazukha (show, illusion).

Even if the participants agree on a freeze, so it is said, they will freeze at record output levels and therefore the impact on the supply overhang will be minimal.

But Doha in fact does matter, to the stars as much as if not more so than to the supporting cast. Success—defined as a return to a modicum, at least, of stability and predictability to the global oil market—is imperative. The participants—and the other oil revenue-dependent countries not participating in or invited to Doha—cannot afford to repeat the near-death experience they endured in 2016’s first two months as crude prices plunged into the $20s and globe crude markets seemed to teeter on the abyss.

Individually and collectively, the economies and finances of the Doha participants—and of other governments that depend on crude export revenues to fund their budgets and drive their economies—face severe pressure. Serendipitously, the IMF this week published the April edition of its biannual World Economic Outlook and its accompanying databases, projecting member countries’ economic performance through 2021. The tables below provide the IMF’s projections for three key metrics of five participants (Russia, Saudi Arabia, Iraq, Kuwait, UAE) and one country, Iran, the presence of which will be felt whether it participates or stays home. Related: OPEC Report Suggests Massive Oil Price Rebound

The IMF’s projections are cringe-worthy for any government—and cold statistics don’t convey the pain Russian pensioners experience from pension cuts, Russian workers suffer from inflation and Ruble-depreciation eroded real incomes, Saudis, Kuwaitis, Emiratis suffer from cuts in fuel and other subsidies, Iraqis feel from a war against ISIS their government does not have the funds to successfully to wage, or Iranians experience after years of sanction-induced economic stagnation.

Except for Iran (red font), the IMF projects that per capita income in each country will still be below its 2014 levels in 2021, and collectively, that their per capita GDP will remain below 2014’s level:

The Saudi Arabia Stake in Doha

It might be an exaggeration to say that Deputy Crown Prince Mohammad bin Salman’s future is riding on a successful outcome—but probably not much of one. Salman, whom an April 11 CNBC article described as “having more sway over the world oil market than anyone else” but Russian president Putin, aspires to succeed his father, King Salman bin Abdulaziz Al Saud. Since King Salman’s predecessor, King Abdullah, died in January 2015, the crown prince has amassed considerable power, seizing a number of powerful positions in the Saudi government, including second deputy prime minister, minister of defense, royal court chief, and chairman of the Council for Economic and Development Affairs.

The crown prince also is making bold changes in policy in critical areas. He was instrumental in the shift in Saudi oil strategy from emphasizing price to emphasizing market share that Petroleum and Mineral Resources Minister Ali al-Naimi announced at the November 27, 2014 OPEC meeting. He is the driving force behind the National Transformation Plan (NTP), the Saudi government’s ambitious economic reform program, which will include privatization of government owned enterprises (up to five percent of Saudi Aramco), new taxes and tax increases, spending and subsidy cuts, enhanced private sector participation in the Saudi economy, the creation of a $2 trillion sovereign wealth fund, and changes in government financial management. Related: Saudi Arabia Steps Up Drilling Despite Downturn

An April 14 Reuters article, which has a good summary of the proposed reforms, points out that:

“There are many skeptics… Some say the NTP is too late. Local capital markets are too small to absorb a privatization program so attracting foreign money will be vital. But investors are wary of Saudi Arabia's prospects given the low oil price.

Eliminating the budget deficit by 2020 will require an additional $100 billion in spending cuts and tax increases – equivalent to about 16 percent of gross domestic product. That could stifle growth and deter the investment the NTP seeks.”

Salman needs to demonstrate to these skeptics—and to the ordinary Saudis who have seen their per capita income fall—that his policy initiatives will bear fruit. Stable and predictable global crude markets will be critical. The crown prince needs the revenues from the sale of state-owned enterprises—in particular from the sale of a stake in Saudi Aramco and its subsidiaries—to finance the NTP and the sovereign wealth fund.

In turn, the revenues such sales generate will depend on the valuation investors place on these assets. Investors will not take kindly to Saudi actions that, for example:

- Imply the Saudi government is willing to sacrifice revenue and profits from its oil wealth for the sake of market share;

- Erode faith in the Saudi government’s influence in global crude markets—suggest, for example, that Iran, Iraq, and/or Russia can nullify Saudi moves.

In other words, with eyes on Doha this weekend, the Saudi representative will have to make the case for investing in Saudi Aramco—and in supporting deputy crown prince Salman’s initiatives.

The Russian government too is seeking to sell shares in state-owned assets to fund government operations. It too needs to maximize the revenue from these asset sales. And it too requires stability and predictability in global crude markets to do so for the oil-related assets it is seeking to flog—Rosneft and Bashneft (both of which come with baggage, Rosneft, from its heavy debt load, its long-term prepayment obligations, and the potential legal liabilities from its acquisition of Yukos; Bashneft, from the Russian government’s questionable seizure of the company from its private owner in 2015).

Also, Russia gains from a cap on output, loses from the absence of caps on other countries’ output. Its major competitors possess significant competitive advantages. Compared to Saudi Arabia and its Gulf Arab allies, Russia has substantially less potential spare capacity. Goldman Sachs estimates Russia can increase its daily output less than three percent through 2017 (and this is perhaps overly optimistic), while the IEA estimates Saudi Arabia’s spare capacity at 2+ million barrels per day, Kuwait plans to bring an additional 150,000 barrels per day on line in 3Q 2016, and Saudi Arabia and Kuwait also can ramp up Neutral Zone production (and recently have suggested they might do so).

Also, compared to the Saudis, their Gulf Arab allies, Iran, and Iraq, Russia’s incremental resources in Eastern Siberia and off-shore Arctic are more difficult, time-consuming and expensive to develop. Moreover, due to low crude prices and U.S. and E.U. economic and financial sanctions, Russia lacks the funds to develop its resources (and China and India cannot make up for the shortfall).

The Russian government recognizes the damage Middle Eastern producers could wreak on its oil industry. According to a February 18 Bloomberg article, the Russian Ministry of Energy, in its recent long-term strategy paper for Russia’s energy industry, predicted dire consequences in its worst case scenario. Per the article:

The government and the Russian oil industry recognize that restraint is their friend, increased output their enemy. The Telegraph in early January quoted Russia's deputy finance minister, Maxim Oreshkin, as saying that low crude prices—the result of global overproduction—could lead to “hard and fast closures in coming months” of Russian wells. In an interview with TASS, the Russian news agency in January, Lukoil Vice President Leonid Fedun said that it made more economic sense to sell one barrel of oil for $50 than two barrels for $30.

Both government and industry have signaled the potential for decreased output. In January, Transneft, the Russian pipeline export monopoly, announced that the exports would fall in 2016 by some 460,000 barrels per day based on pipeline capacity applications. In his January comments, Lukoil’s Fedun noted that Lukoil output in 2016 was likely to fall short of 2015’s one hundred million tons. More recently—March 29—Russian Natural Resources Minister Sergei Donskoi, without giving a timeframe, suggested that Rosneft is set to lower oil output.

Is Iran’s Presence in or Absence from Doha a Non-Event?

Yes. The Russians have suggested as much. Interfax, a Russian media outlet, reported April 12 that Saudi Arabia and Russia had reached an agreement that means the Persian Gulf nation will make a final decision on freezing oil production regardless of whether Iran agrees to join.

If indeed the Russians and Saudis have reached such an agreement, it is likely it is based on a shared assessment of Iran’s actual ability significantly to increase output in the foreseeable future. Since UN-nuclear program sanctions were lifted, Iran has managed to add only some 200,000 barrels to its daily exports—and much of this increase likely comes from inventory rather than increased output. U.S.-terrorism-related sanctions remain in place and continue to inhibit transactions with Iran (see for example. Related: Crude Oil Higher On Pre-Doha Hopes

Any significant foreign investment in the mothballed oil resources, much less new oil resources, Iran needs to add the one million barrels to it daily output the Iranian government claimed it could add, seems more distant than the one year timeframe the government has announced. The Iranian government even has not set rudimentary preconditions for foreign investment. It has failed to publish the text and terms of the contract it would offer to foreign investors—in fact, it has not yet even reached consensus on whether to permit foreign investment in its oil industry. Moreover, current crude prices hardly cover the risk of investing in Iran, while the lack of visibility on future global market conditions make investment planning impossible.

Is a freeze sufficient to calm global crude markets?

Likely yes, at least temporarily and as a bridge to 2016’s second half, when significant decreases in non-OPEC output supply are expected to bring supply and demand into balance and begin to reduce record crude storage levels.

Longer-term, however, more pro-active management and planning (within anti-trust boundaries) may be necessary from the participants in this weekend’s drama in Doha. As prices stabilize and rise, the decrease in non-OPEC output—particularly U.S. output—may prove temporary. In this eventuality, the participants may once again find themselves staring at the abyss.

And Russia, with its higher cost, more difficult to develop, and longer-lead time resources, may find itself at a disadvantage compared its Saudi, Iranian, and Iraqi interlocutors.