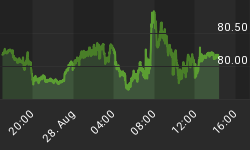 China's coal consumption has grown rapidly in recent years, and is now far larger than anything the world has ever seen, with more than 3.2 billion tonnes per year, almost as much per year as all other countries combined, data from the U.S. Energy Information Administration showed Wednesday.

According to the report, Chinese production and consumption of the fossil fuel rose for the 13th consecutive year in 2012, the last full year for which statistics are available. In comparative terms, the nation produced nearly four times as much coal as the second largest producer, the United States, which had a 12% share of global production.

China's dependence on coal is well known. The fossil fuel accounts for over two thirds of the country's total energy consumption, and four-fifths of its electricity. The combustible has been fuelling the Chinese economy for a while now, the report hints. Gross domestic product in 2012 grew 7.7%, though that growth rate followed a decade of 10% expansion that ended in 2011.

Beijing has recently announced a series of drastic measures aimed to reduce rates of air pollution and curb the nation’s dependency on the fossil fuel.

The government has said it would shut down roughly 2,000 small coal mines this year, with a total capacity of 117 million tonnes. The first ones to go will be small-scale old and depleting mines in the east of the country. Authorities also want to consolidate production from operations located in remote parts, including the vast northwestern regions of Inner Mongolia and Xinjiang.

The idea of closing down mines is nothing new to China, which accounts for 46% of the world's coal production according to the EIA. In 2012 alone Beijing closed 628 medium-sized coal mines, improved technological processes of 622 mines, merged 388 mines and phased out 97.8 million tons of outdated production facilities.

Last October, the Chinese government vowed to close at least 2,000 small coal mines by 2015 over safety concerns. The news came only a month after it said it wouldn’t allow more coal-fuelled installations near Beijing, Shanghai and Guangdong, in an effort to curb air pollution in the country’s most industrial regions.

By. Cecilia Jamasmie of Mining