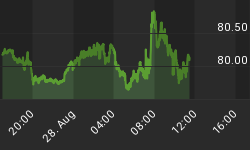 It is becoming evident to many that the March nuclear catastrophe at Japanâ€™s six reactor Daichi Fukushima complex has dealt a huge, possibly fatal, blow to the nuclear industryâ€™s hopes of a revival.

A year ago even global warming enthusiasts reluctantly embraced nuclear power as a carbon-free energy generating system, and the industry was ramping up for glory days as a result.

That said, with the trillions of dollars already invested in 436 nuclear power plants (NNP) worldwide, according to the International Atomic energy Agency (IAEA),Â  the industry has begun to push back, and â€œground zeroâ€ is emerging as Europe, not Japan, with the lawyers circling.

In the wake of Fukushima, German Chancellor Angela Merkel announced on 30 May that Germany, the world's fourth-largest economy and Europe's biggest, would shut down all of its 17 would abandon nuclear energy completely between 2015 and 2022, an extraordinary commitment, given that Germanyâ€™s 17 NPPS Germany produce about 28 percent of the country's electricity.

If Berlinâ€™s announcement sent nuclear power proponents seating, worse was to follow, as Switzerland is examining a proposal to phase out the country's five nuclear plants by 2034.

Finally, if any doubts existed about Europeâ€™s commitment of nuclear energy, on 12-13 June in a referendum in which 56 percent of Italian voters participated, an eye-watering 94 percent voted against nuclear power.Â  Following the 1987 Chernobyl disaster, Italy decided to shut down its four NPPs and the last operating plant closed in 1990. Three years ago Prime Minister Silvio Berlusconi reversed this decision but after Fukushima Berlusconi announced a one-year moratorium on his plans for new nuclear power plants, intending to restart Italyâ€™s nuclear energy program in 2014. Berlusconi spent the days leading up to the polls challenging the nuclear power measure in court, declaring he wouldn't vote and suggesting his fellow Italians stay at home too. They didnâ€™t, and Berlusconiâ€™s electoral defeat has ended nuclear possibilities for Italy for the foreseeable future. In 2010, 22.2 percent of Italyâ€™s power came from renewable energy sources. 64.8 percent were from fossil fuels, and 13 percent were imported sources, including French nuclear power. The stinging defeat at the polls is a boon for Italyâ€™s nascent renewable energy industry.

The German nuclear industry has begun to fight back, insisting that its shutdown would cause major damage to the country's industrial base. Utilities E.ON AG and Vattenfall Europe AG have already announced that they will seek billions of euros in compensation, and RWE AG and EnBW Energie Baden-Wuerttemberg AG are expected to follow soon. Germany's four nuclear operators have already announced they will stop paying into a government renewables fund, which was set up in September 2010 as compensation for longer nuclear life-spans.

In such an environment, the only nuclear energy growth field currently is lawyersâ€™ fees.

By John Daly for OilPrice.com