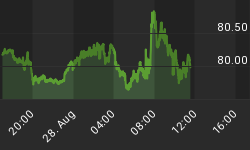 The Aral Oil Terminal will significantly reduce the distance oil has to be trucked from their Doris oil field. The opening of the terminal will allow the Company to initially double production to approximately 4,000 barrels of oil per day ("bopd") due to a halving of the road trucking distance. Furthermore, the current rail loading point at Emba experiences bottlenecks due to overuse by many different companies; the AOT will be dedicated to Tethys oil sales. The opening of the AOT will thus reduce transportation costs significantly and will result in an increased realised oil price. The recent acquisition of additional road trucks means that 240 are now in daily operation.

To date, over 13,000 bopd have been tested from exploration and appraisal wells in and around the Doris accumulation. This is the first stage of the AOT, and it is planned to expand the facility to 12,000 bopd in the upcoming year. In addition to a rail loading facility the terminal will provide a closer offloading point for refined oil products, equipment and materials required on the Doris exploration and appraisal programme which in turn will result in significant cost savings to the Company.

The AOT is owned and operated jointly through a 50:50 joint venture by Tethys and its Kazakh oil trading partner's company, Olisol Investment Ltd. At the inauguration ceremony both Tethys and its partner were present, together with local and regional officials. First commercial shipments through the AOT are expected in February of this year.

More information on Tethys Petroleum can be found here.