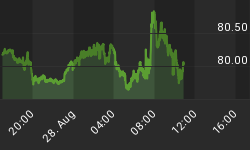 Americans complain about the increasingly high prices that they are paying for gasoline, but they need to direct that their anger where it could do the most damage. Basically Obamas administration has failed to effectively employ energy policies to reduce the energy prices paid by American citizens and the DoE has proven itself to be ineffective, and therefore obsolete.

President Carter signed a law in 1977 to give the new Department of Energy the “responsibility for energy policy, regulation, and research” and “to place major emphasis on the development and commercial use of solar, geothermal, recycling and other technologies utilizing renewable energy resources”.

Each president has basically slightly altered the briefing of the DoE in order to bring it in line with his own policies. The DoE was never intended to just lower the cost of energy, it is an tool used to control the US economy.

A free market should be able to respond to the desires of the consumers. Supply and demand should attempt to naturally match up, and whichever side the deficit lies should determine the price, low or high. In a free market people who want petrol and can afford it will buy it, those who can no longer afford it will look for an alternative. Demand will drop compared to supply, and in order to encourage demand the oil majors will be forced to reduce prices.

The problem is that the government and government run institutions such as the DoE try to control the market. They use laws, taxes, and inflation to artificially influence the markets in a way that they believe will work, but it turns out they are wrong.

The best solution for the time being is to remove the government control from the situation and allow the markets to return themselves to a natural state.

Japan's Final Nuclear Reactor to Close in May