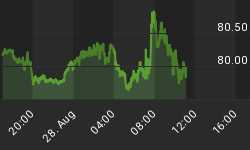 Last month Robert Howarth, an ecology professor from Cornell University, suggested that the state of New York could generate half of its energy needs from wind turbines, and the other half from a combination of solar, tidal, hydroelectric, and other forms of renewable energy to replace fossil fuels by 2030.

Bloomberg calculated that the 254 gigawatts of new renewable energy capacity that would have to be installed to replace all fossil fuel sources of power by 2030, would cost roughly $1.5 million per megawatt, which equates to $382 billion. This creates the doubt that the state will be able to overcome its need for oil, natural gas, and coal.

The report also mentions that all vehicles should run on battery power, of hydrogen fuel cells, and all homes should be heated by electricity powered heat pumps, rather than oil powered boilers.

Angus McCrone, a senior analyst at Bloomberg New Energy Finance, flatly stated that “it’s too ambitious by 2030 to replace all the state’s power with renewables, although big progress could be made.

A different combination, such as with more residential and small-scale photovoltaic, and greater use of energy efficiency, might be more realistic by 2030.”

New York currently receives 13% of its energy from renewable sources, according to the state’s Department of Environmental Conservation.